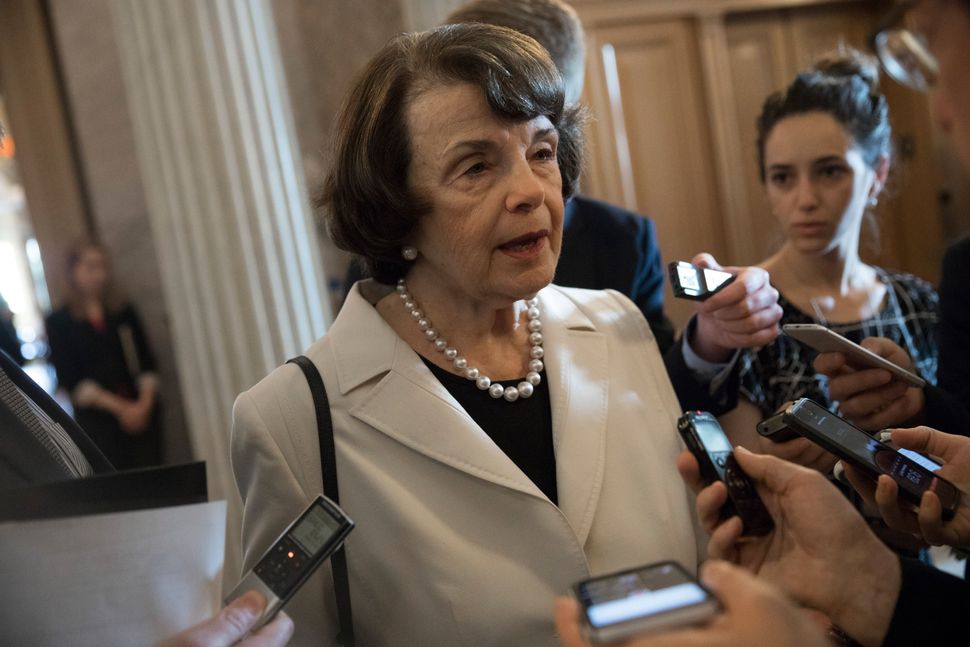 Dianne Feinstein is too moderate for some Californians she represents, with many demanding the Senate Democrat confront President Trump.

“The time has absolutely changed for politicians like her,” Robert Shearer, a left-wing state party exec, told Politico. “We are not going to tolerate it anymore.”

Feinstein, who has previously served as San Francisco mayor, has angered her most liberal constituents with votes to confirm several of Trump’s Cabinet nominees and her opposition to single-payer healthcare.

The center of political gravity in the state has shifted since she emerged as political figure in the ‘70’s, when voters passed ballot measures reinstating the death penalty and slashing taxes.

Feinstein, who’s now a octogenarian, has not said whether she will seek a fifth Senate term next year.

She has defended her record against leftie critics, advising constituents at a recent town hall not to “sit here and pound your fists.”

She added, “I’d be surprised if you found too many senators — if any — that have gotten more done.”