Rise In Smoking In Israel ‘Unheard Of In The Developed World’ 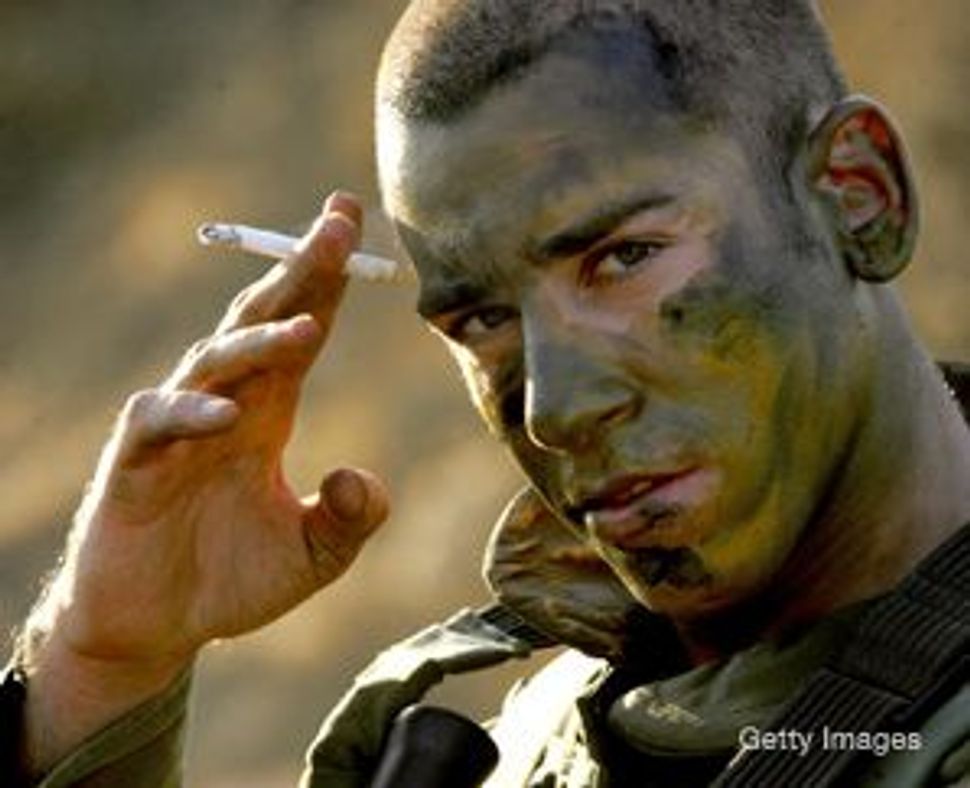 TEL AVIV (JTA) —  In its annual report on smoking released last week, Israel’s Health Ministry recorded the biggest single-year rise in smoking in more than a decade, with the rate rising to 22.5 percent in 2016 from 19.7 percent the previous year.

“This is unheard of in the developed world,” Leah Rosen, who heads Tel Aviv University’s Health Promotion Department, told JTA.

Health Minister Yaakov Litzman has recently come under fire for hindering some efforts to curb cigarette advertisements and for opposing regulations that would require manufacturers to put warning images on cigarette packages, saying, “it’s not aesthetic.”

One of the most impactful policy changes, Rosen said, would be to close a loophole in the taxation of cigarettes — which allows for loose tobacco to be taxed at a rate lower than pre-rolled cigarettes.

A study Rosen spearheaded in January found that by the time they were discharged from the army, 40 percent of men and 32 percent of women smoked — a 42 percent increase over the course of service. The good news, Rosen added, is that as one of Israel’s most powerful institutions, the army is in a position to get Israel back on the wagon.

Rise In Smoking In Israel ‘Unheard Of In The Developed World’