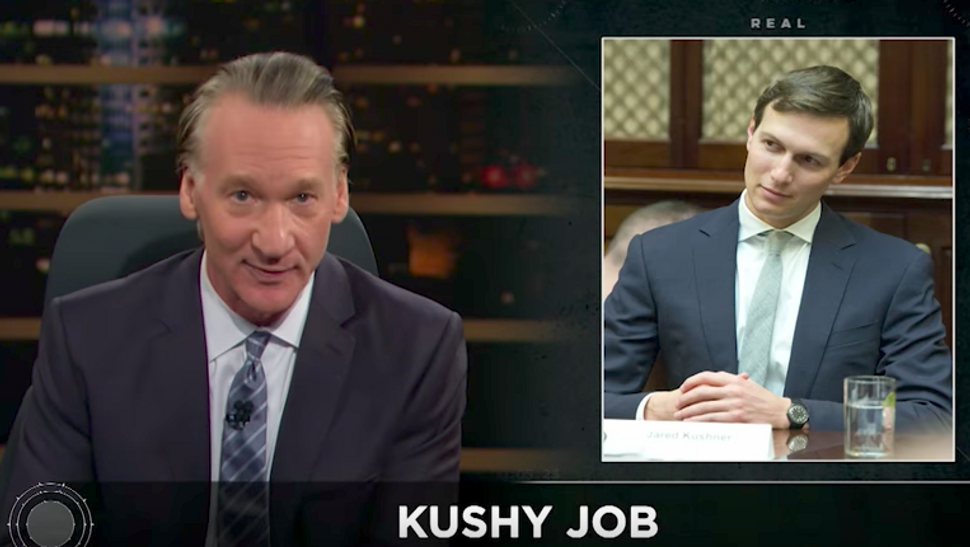 Bill Maher ripped Jared Kushner as an “undeserving schmuck” who has no business running a major company — let alone the White House.

The comic, who may be seeking to deflect attention from his own “n-word” drama, mocked the presidential son-in-law as a rich kid who never had to work for anything in his life.

“We’re almost six months into the Trump administration and we have yet to hear boy wonder talk,” Maher said on his HBO show.

“Tell us one thing: How does a 36-year-old whose never worked in a job his daddy didn’t buy become the second most powerful man in America?”

Maher tore into Kushner for being raised with a silver spoon and winnning a place at Harvard only after his real estate mogul father forked over a $2.5 million donation.

“Jared was the one who told Trump firing Comey was a good idea,” Maher said.

Maher, who was widely criticized for using a racial slur on the air last week, accused the Republicans of conning Americans into thinking that “single moms on food stamps” were more of a problem than “undeserving schmucks like Jared.”