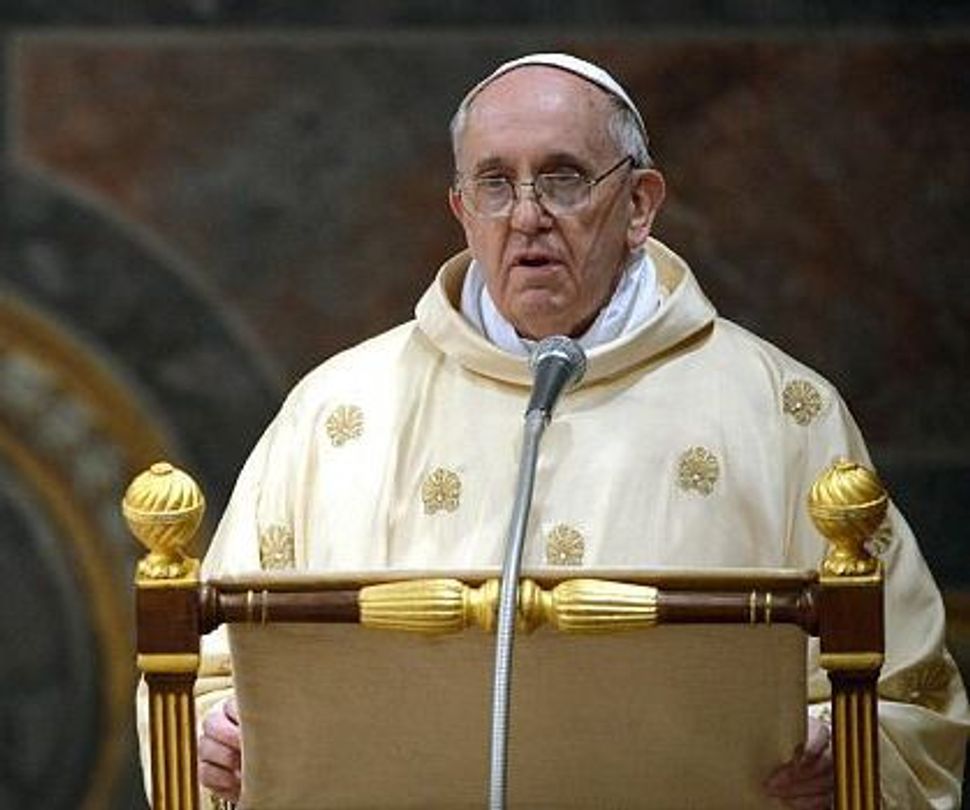 Working Together: Pope Francis has vowed a “spirit of renewed collaboration” with Jews. Image by getty images

(JTA) — Two rabbis, one from Israel and one from Argentina, were appointed by Pope Francis to the Pontifical Academy of Life, the first time rabbis have been invited to be members of the academy.

Israeli rabbi Avraham Steinberg, who won the Israel Prize in 1999 for original rabbinic literature, and Argentinean rabbi Fernando Szlajen were designated on June 13 as members of the institution that “exists for the promotion and defense of human life, especially regarding bioethics as it regards Christian morality.”