Neo-Nazi Beaten And Marked With Swastika In ‘Antifa’ Music Video 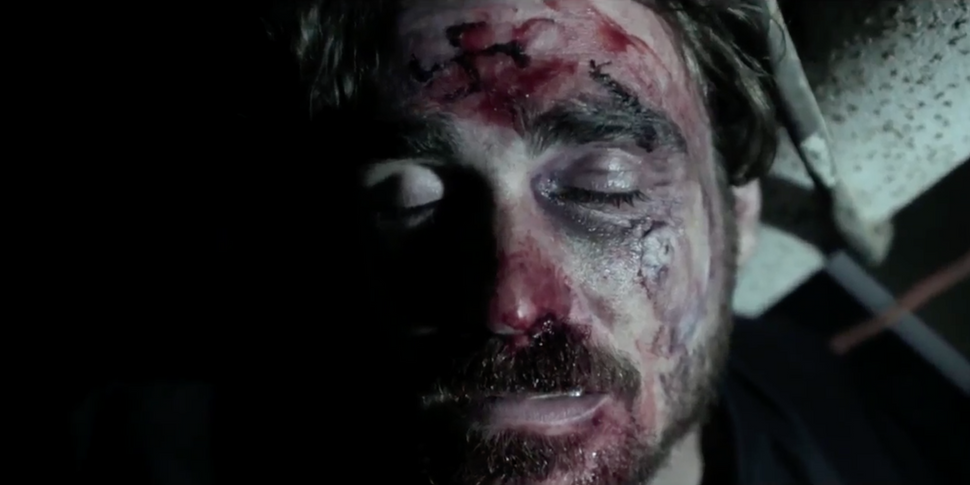 The music video shows anti-fascist activists tattooing a swastika onto a neo-Nazi’s forehead. Image by youtube

A graphic new music video from a heavy metal band depicts anti-fascist (‘antifa’) activists tracking and abducting a neo-Nazi. The band Stray From The Path released the single, “Goodnight Alt Right,” on Wednesday to promote its upcoming album, “Only Death Is Real.”

“If you preach hate, then expect hate,” the song goes.

The video shows an actor in a red trucker hat watching videos of noted white nationalist icon and “alt-right” figure Richard Spencer. The man’s house has pictures of Adolf Hitler and Spencer on the walls. He appears to be planning a public mass shooting.

Activists abduct the actor playing the part of the neo-Nazi, beat him and tattoo a swastika on his forehead.

On Twitter, figures in the “alt-right” and far right condemned the video. Paul Joseph Watson, an editor for the conspiracy theory show Infowars, mocked the song on Twitter, as did Richard Spencer.

Neo-Nazi Beaten And Marked With Swastika In ‘Antifa’ Music Video