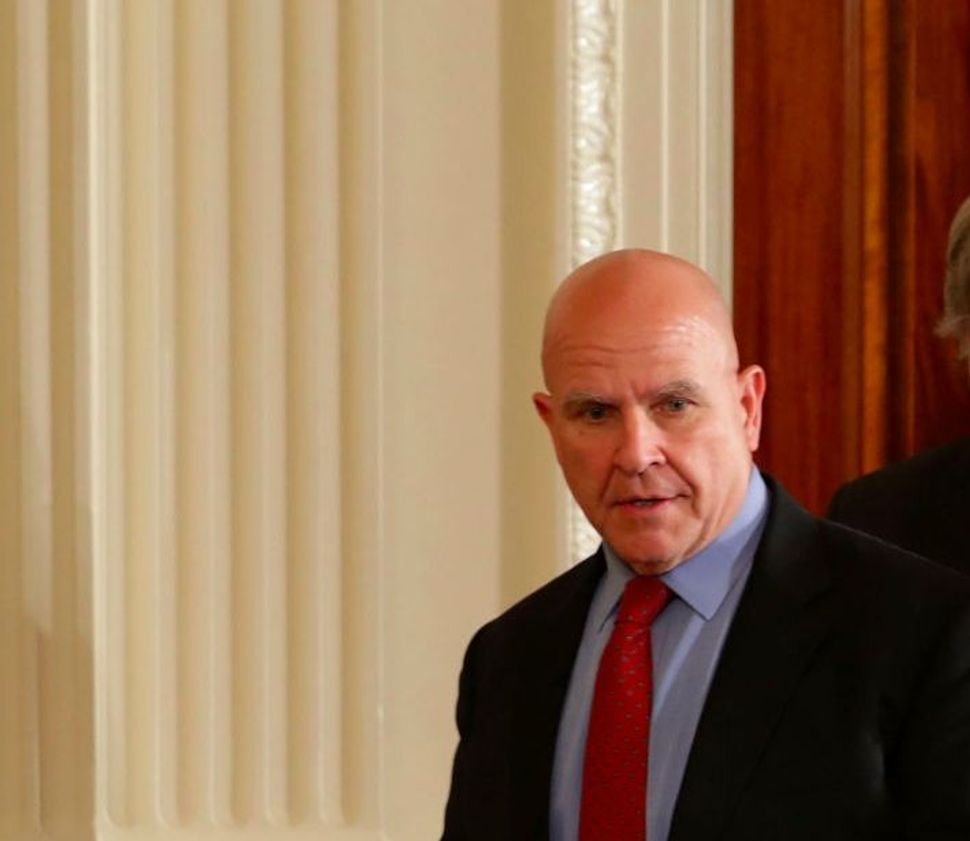 Yaakov Amidror, a reserves major-general of the Israel Defense Forces, defended  McMaster, who was appointed in February, in a Jerusalem Post op-ed published Sunday, which Amidror co-authored with Eran Lerman, a former member of the Israeli council and an intelligence specialist.

Amidror, who served as Israel Prime Minister Benjamin Netanyahu’s chief security advisor for two years until 2015, wrote in the letter that recent allegations of an anti-Israel bias on McMaster’s part were “scurrilous and harmful personal attacks launched by some American Jews and even a few Israelis” and “an offense against the truth, against basic decency and against the best interests of Israel.”

Jewish organizations have sparred over the views of H.R. McMaster with the Zionist Organization of America attacking him as anti-Israel and the American Jewish Committee defending him.

ZOA, one of the few Jewish organizations to consistently defend President Donald Trump, issued a report on Thursday sharply critical of McMaster.