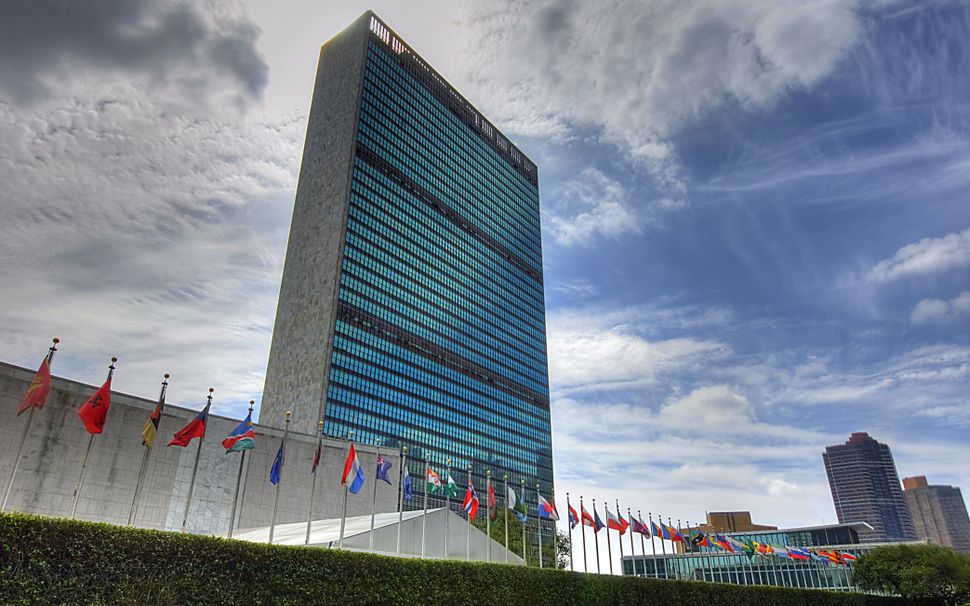 (JTA) — The Trump administration has called on the United Nations not to publish a database of companies that do business in Israeli settlements.

The database, which the administration calls a “blacklist,” was approved by the U.N. Human Rights Council in March 2016 and includes American companies such as Caterpillar, TripAdvisor, Priceline.com and Airbnb. The list is supposed to be updated annually.

The U.N. high commissioner for human rights, Zeid Raad Al Hussein, told U.S. officials that he plans to publish the list by the end of the year and has asked for comments by Sept. 1 from countries where listed companies are headquartered, The Washington Post reported Tuesday, citing unnamed diplomats.

The sources told the newspaper that Zeid, who previously served as Jordan’s ambassador to the United States, plans to move ahead with publishing the list, calling it a resource for consumers and travelers. Publication of the list has already been postponed once at the request of the United States, according to the Post.

Israel’s ambassador to the United Nations, Danny Danon, in a statement called the list “an expression of modern anti-Semitism.”

The Human Rights Council has no power to sanction any of the companies on the list, but other U.N. committees could use the list to do so.