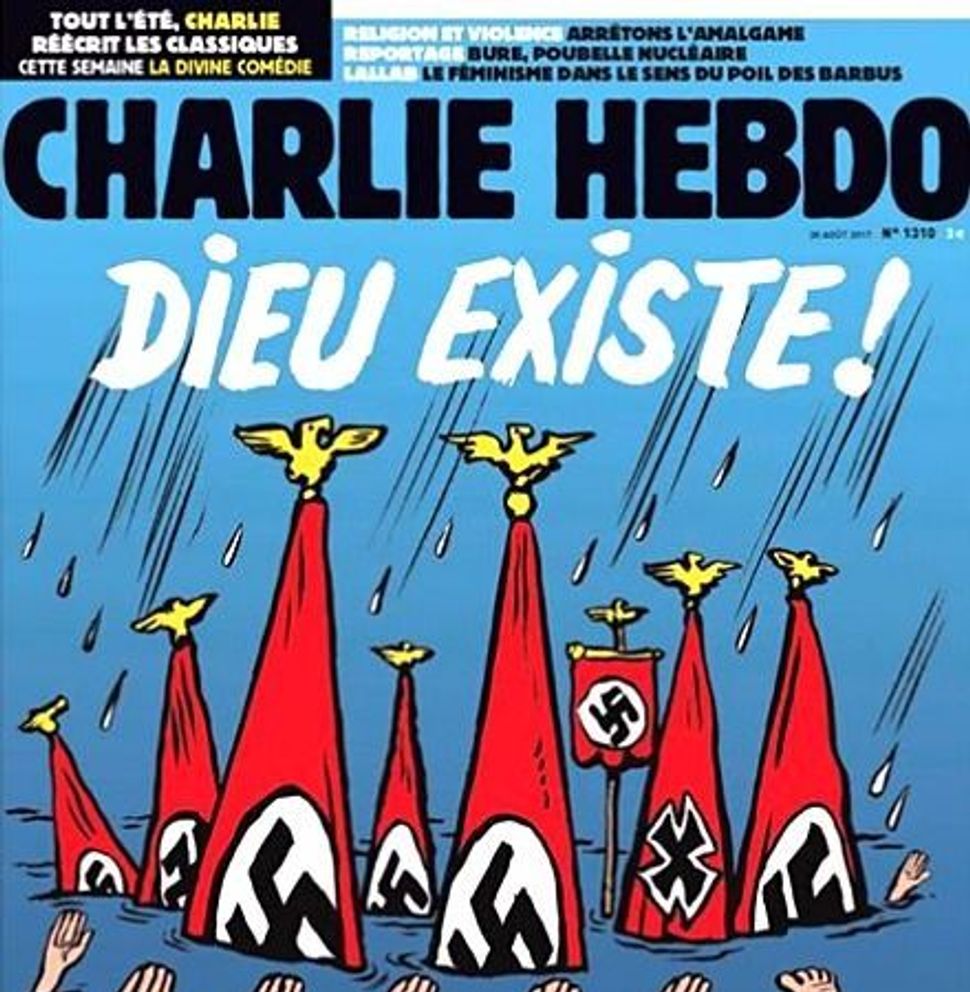 Charlie Hebdo published an inflammatory cover this week praising God for having “drowned all the neo-Nazis of Texas” with the onset of Hurricane Harvey.

The headline, posted on Facebook ahead of Wednesday publication, read: “God exists, he drowned all the neo-Nazis of Texas.” The cartoon on the front shows people drowning amid Nazi flags.

The French satirical publication, which came to prominence internationally when it was the target of an Islamist terror attack two years ago, has a record of ruffling feathers with tendentious headlines. Those have included Mohammad cartoons, as well as crude drawings of major public figures in the country.

Houston, America’s fourth-largest metropolitan area, voted solidly for Hillary Clinton in last year’s presidential election, and is known as one of the country’s most diverse cities.

It is also home to a sizable Jewish community, suffering along with the general population from the devastation of record rainfall and flooding.

Check out the Forward’s continuing coverage of Hurricane Harvey.