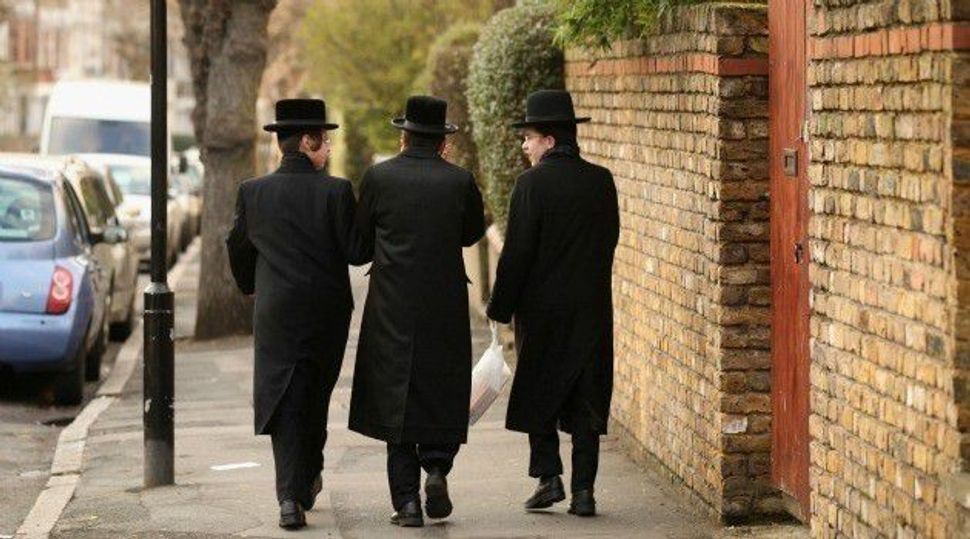 (JTA) — A British couple pleaded guilty in court to launching an anti-Semitic attack outside a London synagogue during a wedding.

Ineta Winiarski, 33, and her partner, Kasimiersz Winiarski, 62, from Hackney, a borough of London, pleaded guilty in Thames magistrates’ court to racially aggravated assault and assault, respectively, The Times reported.

The couple attacked guests outside of the Clapton Common Synagogue Kehal Yetev Lev in east London on July 3. They pushed and struck guests and whipped them with a dog leash, the prosecution told the court, according to The Times. Ineta Winiarski shouted anti-Semitic epithets while striking guests.

They are set to be sentenced on Tuesday. Magistrate Caroline Dillon allowed the two to remain out on bail until the sentencing. She said she did not sentence them immediately “because we need to find out more about your behavior before sentencing,” the London-based Jewish Chronicle reported.