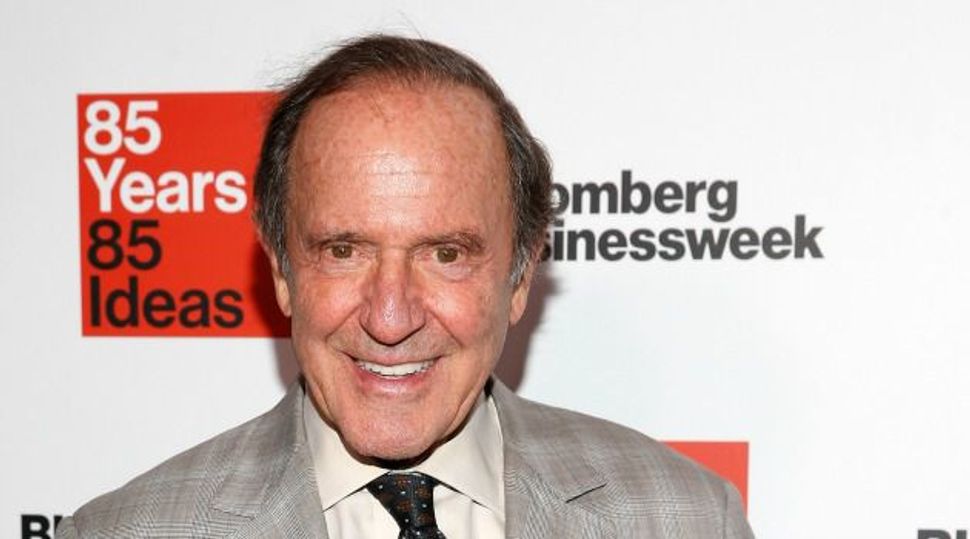 Real estate and media mogul Mortimer B. Zuckerman has sold one of his flagship publications, the New York Daily News, offloading the newspaper’s estimated $30 million in liabilities and 49.9% of its printing plant. This marks the end of an era for Zuckerman, who rose from humble beginnings to become one of the biggest machers in the Jewish world.

Born In Montreal, But Never Looked Back Zuckerman was born in 1937 to a Jewish family in Montreal. His father, who ran a tobacco and candy store, died when he was 17. Zuckerman graduated from McGill University with a law degree at age 24, and then proceeded to the University of Pennsylvania’s Wharton business school and then Harvard Law School.

A Major Real Estate Tycoon Zuckerman soon got a job at a Boston real estate firm (where he was one of the first Jews to be hired). He became a partner in less than two years. He eventually left to found Boston Properties, which became one of the biggest real estate trusts in the United States. Zuckerman is now estimated to have a net worth of more than $2 billion.

Master Of The Media He used some of that money to buy prestigious media properties, including The Atlantic in 1980, U.S. News & World Report (where he is still editor-in-chief) in 1984, and the Daily News in 1993. His publications were often marked by a pro-Israel editorial stance.

“King Of The Jews” In 2001, Zuckerman was named chair of the Conference of Presidents of Major American Jewish Organizations, the umbrella group representing American Jewish not-for-profits and advocacy organizations. His appointment was met with some resistance due to his outspoken political views and his marriage to a non-Jewish woman, but he nonetheless served in that position (sometimes referred to as “king of the Jews”) until 2003.

Unconventional Diplomat Zuckerman frequently met with Israeli leaders in capacities as a publisher and Jewish political leader. But he also reportedly used those visits to serve as a go-between, passing along messages and information between them and Presidents Bill Clinton and George W. Bush.