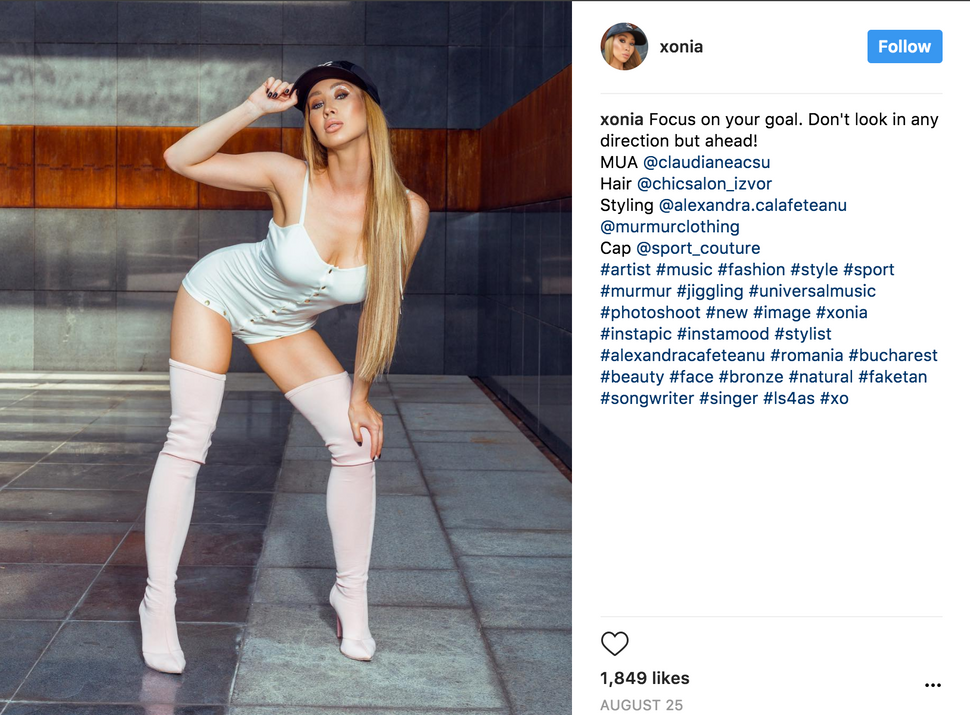 A Romanian pop star and former beauty queen posted lewd photographs of herself, taken at the Bucharest Holocaust memorial. Xonia, who recently released her single “Jiggling,” posted two photographs of herself wearing a skimpy outfit and posing in provocative positions — against the backdrop of a memorial dedicated to the 270,000 Romanian Jews killed in the Holocaust.

The photographs were accompanied by the captions, “Focus on your goal, don’t look in any direction but ahead,” and, “Quit complaining and boss up.”

“Completely uneducated low life to film at a memorial to the thousands of people that were gassed to death,” posted one person on Xonia’s Facebook page.