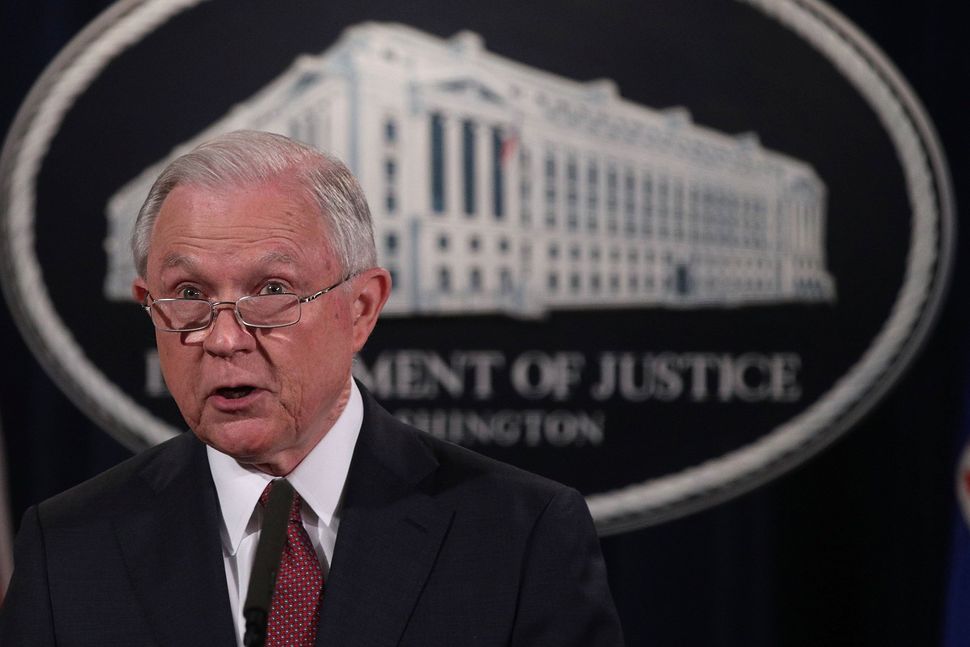 Attorney General Jeff Sessions, who announced the end of the DACA program on Tuesday, once praised laws that kept Jewish refugees from entering the United States as “good for America” – a contention that attests to the ex-Alabama senator’s ever-present nativist convictions.

While a marginal figure in the Senate, Sessions has been able to use his new role as attorney general to influence immigration policy. He has long advocated the cancellation of DACA, which has permitted undocumented immigrants who arrived in the United States as minors to receive work permits and protections against deportation.