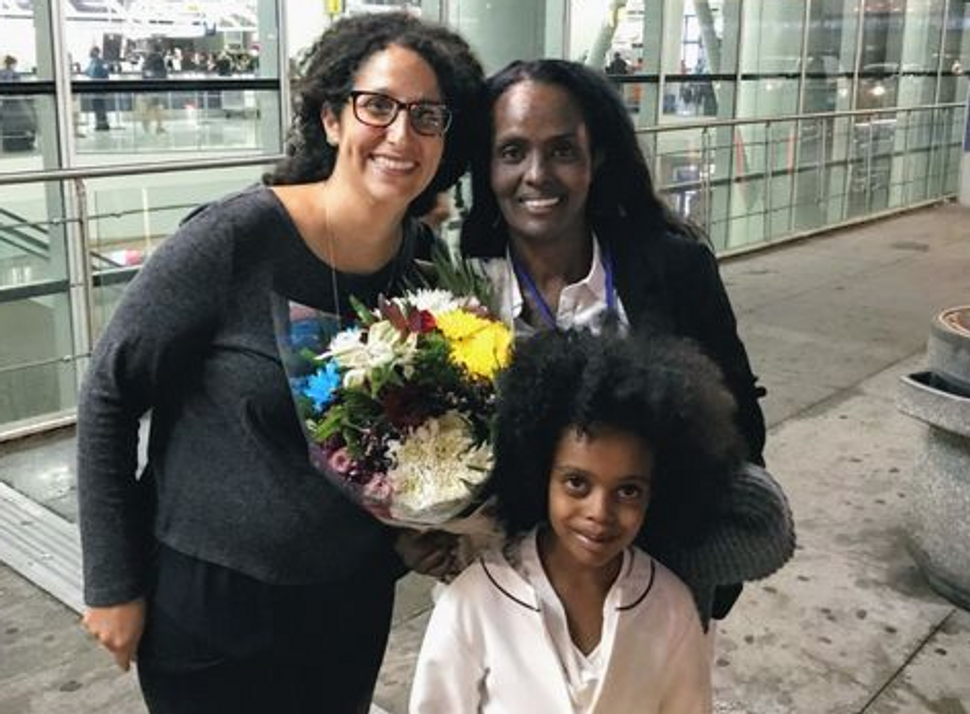 A Jewish woman and her rabbi husband are helping two Eritrean refugees get settled in New York City – after the mother and daughter arrived in the United States earlier this month.

“I got a call and they said, ‘Your friend Saba has been approved and would you consider being her U.S. sponsor,’” Mara Getz Sheftel, a professor at Brooklyn College, told DNAInfo.

“I had no idea that would happen, but there’s no choice — we’re not putting her back in limbo,” she said of her friend and asylum seeker Saba Gebremichael.

Gebremichael fled Eritrea a decade ago, after being persecuted for her Protestant faith and forced to serve in the military. She eventually escaped to Israel, where she had a daughter, Koki.

Like many Eritreans in Israel, she was not able to receive permanent asylum in the country – where she met Sheftel and her husband, Rabbi Josh Weinberg.

After being accepted as a refugee, Gebremichael is looking for work as a housecleaner and living for now with Sheftel, Weinberg and their three children.