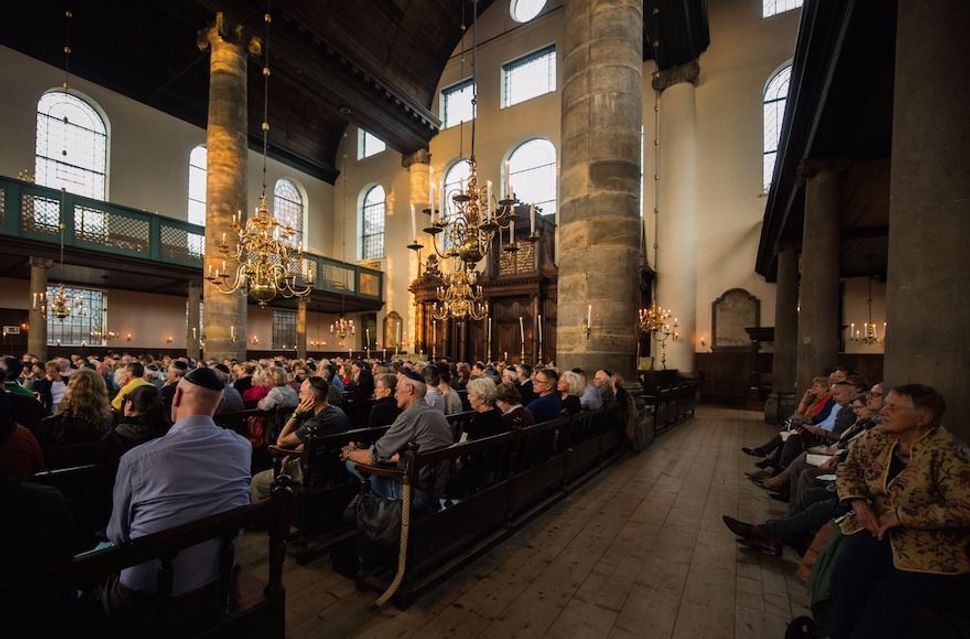 (JTA) — As one of Europe’s oldest and most impressive Jewish buildings, this city’s Portuguese Synagogue is known far and wide for its majestic beauty.

Its architect is said to have drawn inspiration from Solomon’s Temple. While the Portuguese Synagogue was later eclipsed by even larger and more magnificent shuls — like the one on Dohany Street in Budapest — the Amsterdam building remains a spectacular sight on any day of the year.

Yet most of the synagogue’s visitors are not around on the day when its beauty shines brightest: Yom Kippur. On the holiest day of the Jewish calendar, the hall is packed to capacity as worshippers pray by the warm light of hundreds of candles — a tradition that dates back to the invention of electricity — accompanied by unique cantorial melodies that resemble operas.

“It’s one of European Jewry’s most profound and beautiful sights,” according to Esther Voet, a regular visitor to the synagogue and the editor-in-chief of the Dutch-Jewish NIW weekly. On Yom Kippur, entering the candlelit synagogue “has a cleansing effect – which is what Yom Kippur is all about,” she said.

The candles are illuminated as well when important dignitaries visit, including Dutch royals and world leaders such as Prime Minister Benjamin Netanyahu of Israel and the late President Shimon Peres.