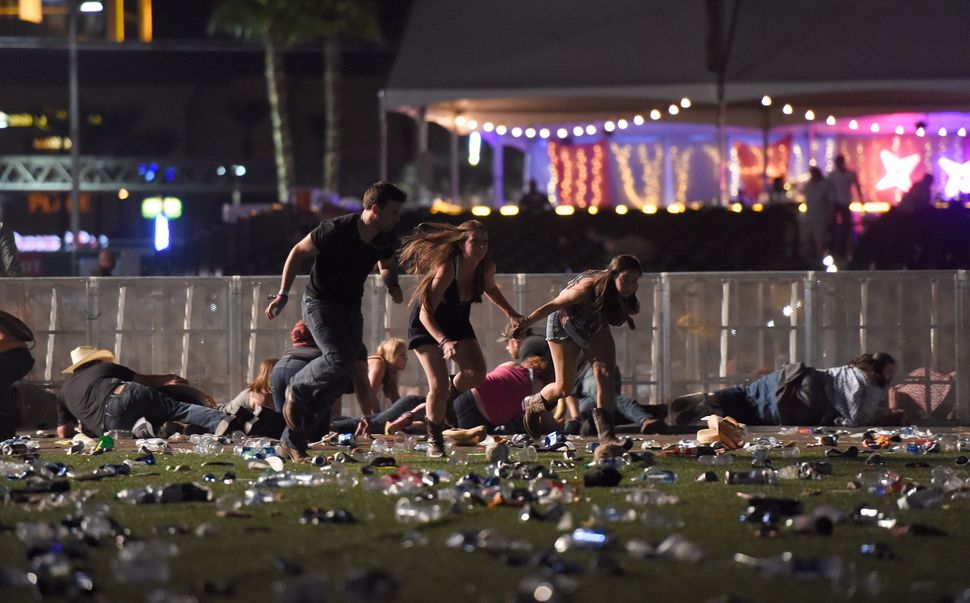 The daughter of the longtime superintendent of a prominent Manhattan synagogue was among the more than 500 people wounded in the mass shooting at the Mandalay Bay Casino in Las Vegas on Monday night.

Kehilath Jeshurun, the Upper East Side Modern Orthodox congregation, said Monday that Samantha Arjune, the daughter of beloved former staffer Rudy Arjune, was shot in the leg on Sunday night.

In an email to community members, the synagogue’s rabbis said that Arjune is currently in surgery.

“Samantha was for many years a fixture at KJ/Ramaz events,” the rabbis said. “She is an adoring daughter, and is a true model of honoring one’s parents…Our entire community is praying for Samantha, for all the injured, and the people of Las Vegas.”

Rudy Arjune retired in 2016 after working at Kehilath Jeshurun and its associated day school, Ramaz, for 33 years. “There has never been anyone like Rudy Arjune,” Rabbi Haskel Lookstein, the synagogue’s rabbi emeritus, at a 2016 ceremony. “His boundless love for our school and for the KJ/Ramaz family that he serves is very well known to all of us.”