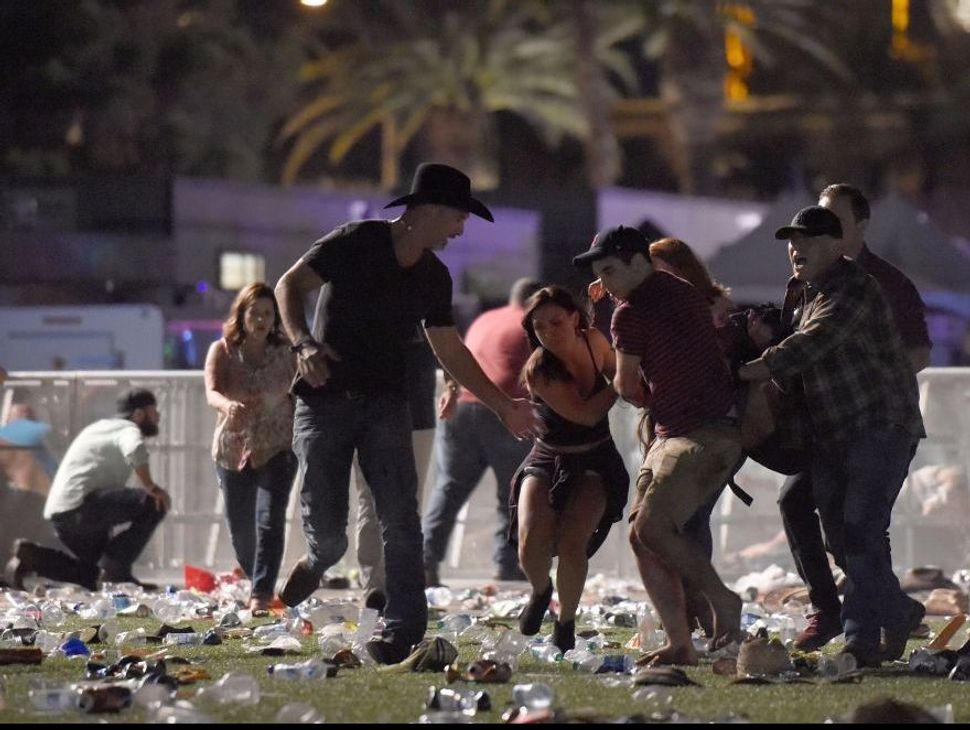 JERUSALEM (JTA) — All Israelis in Las Vegas have been located and none were injured the shooting attack on a country music festival that killed 58 and injured more than 500.

Foreign Ministry spokesperson Emmanuel Nahshon told The Times of Israel on Tuesday morning that Saban and other embassy staff had reached out to Israelis living in Las Vegas and that all were accounted for.

“On this terrible day, the people of Israel stand shoulder to shoulder with the American people in mourning and sorrow. Our hearts go out to the victims’ families and we wish a speedy recovery to the wounded. We grieve with you.”

Tel Aviv City Hall lit up its rectangular-shaped building in the shape of an American flag using red, white and blue lights.