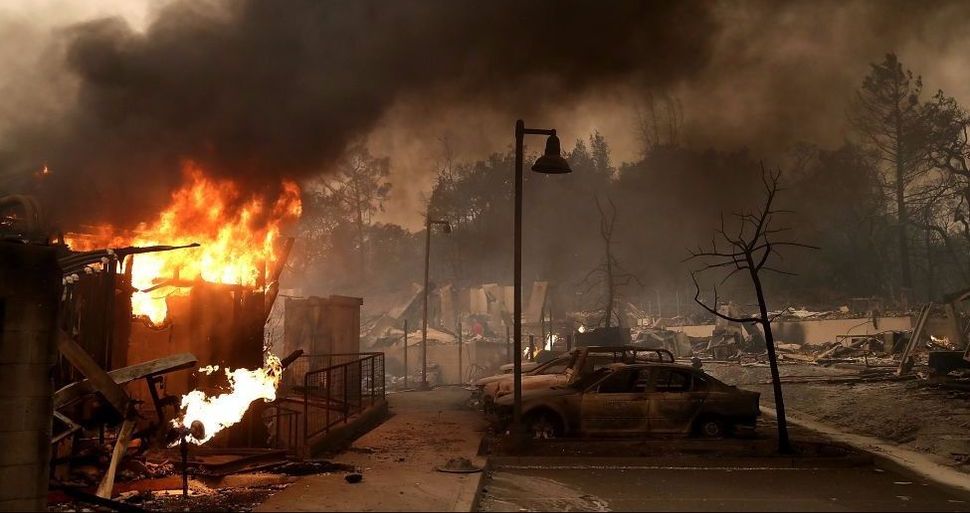 The Reform movement’s Camp Newman in northern California has been virtually destroyed by wildfires raging across the state.

The camp said on its Facebook page that most of the buildings at the sprawling facility in Santa Rosa had been destroyed and fires were still burning.

At least 10 people were killed and 100 were missing in the deadly round of fast-moving blazes. Some 20,000 people have been evacuated.

All the staff at the camp site were evacuated on Sunday, and the Torah scrolls were also rescued, the Bay Area’s J. The Jewish News of Northern California reported.

“We take great comfort in knowing that all of our staff are safe,” the Facebook post read. “We are so grateful to the first responders and firefighters who attempted to save our camp buildings.”

Camp Newman bought the site in 1997. A new $4 million conference center was opened there last year. The camp serves some 1,400 children every summer.