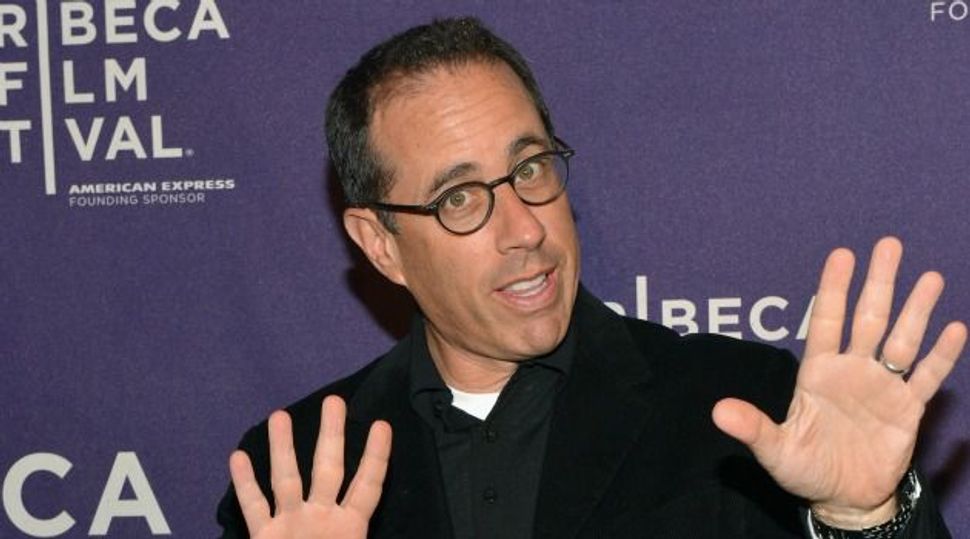 The Jewish comedian made the critical comments in an interview Friday with New Yorker editor David Remnick at the New Yorker Festival.

“Trump’s happy face — that’s the scariest face of all time,” Seinfeld said, attributing the observation to fellow comic Colin Quinn, according to the Hollywood Reporter. “He’s kind of a water-gun clown.”

Seinfeld, 63, told Remnick that Trump did not qualify for an invitation to his web series talk show “Comedians in Cars Getting Coffee,” which then-President Barack Obama appeared on in 2015.

“You have to have some comedic credential to get on that show, and Obama was always so great at those correspondents’ dinners. He was good,” Remnick said.

Most of the interview steered clear of politics and focused on comedy. Seinfeld told Remnick he still questions the divisive series finale of “Seinfeld,” the long-running ’90s sitcom he starred in and co-created.

“I sometimes think we really shouldn’t have even done it,” he said. “There was a lot of pressure on us at that time to do one big last show, but big is always bad in comedy.”