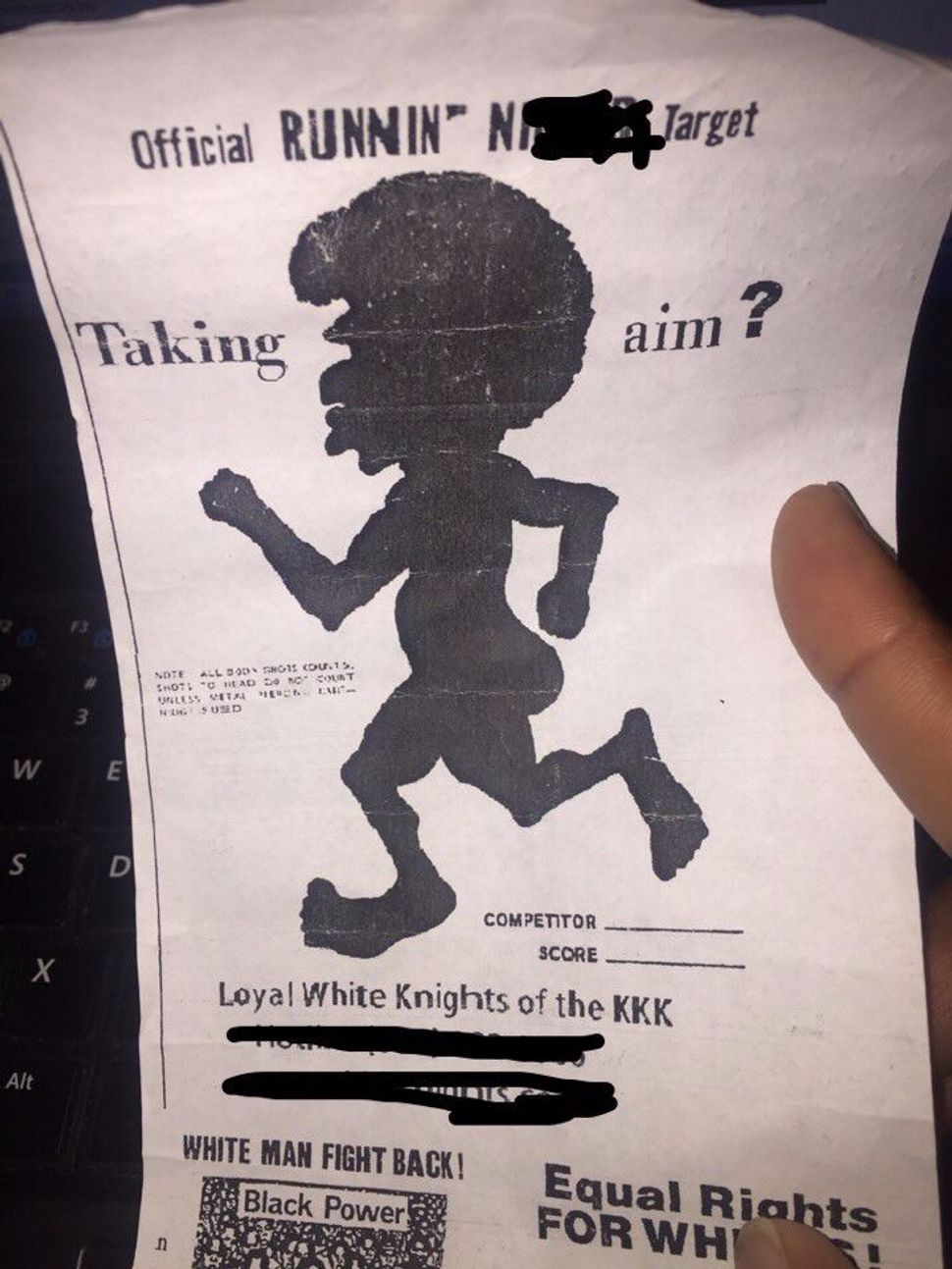 Several neighborhoods in Jacksonville, Florida were littered with flyers containing messages from the Ku Klux Klan over the past few days — including anti-black and anti-Semitic messages.

One of the flyers contains threats against African-Americans who are caught “making eyes” at white women, NBC reported. The flyer also says that “the only ‘good Jew’ is the one with a bullet hole through his head,” according to NBC. The Jacksonville Sheriff’s Office said there was an “active criminal investigation” on-going.

The flyers bear the name of the Loyal White Knights of the Ku Klux Klan, who the Anti-Defamation League called “perhaps the most active Klan group in the United States today,” in a 2016 report.

While KKK rallies remain at an all-time low, flyering neighborhoods is a popular KKK tactic. Over the course of 2015, the ADL counted 86 separate incidents in which KKK materials were left on doorsteps or driveways. “These leafleting efforts take the place of public Klan rallies, once the most visible sign of Klan activity in many parts of the country,” the ADL wrote, “but which declining Klan group memberships make harder and harder to arrange.”