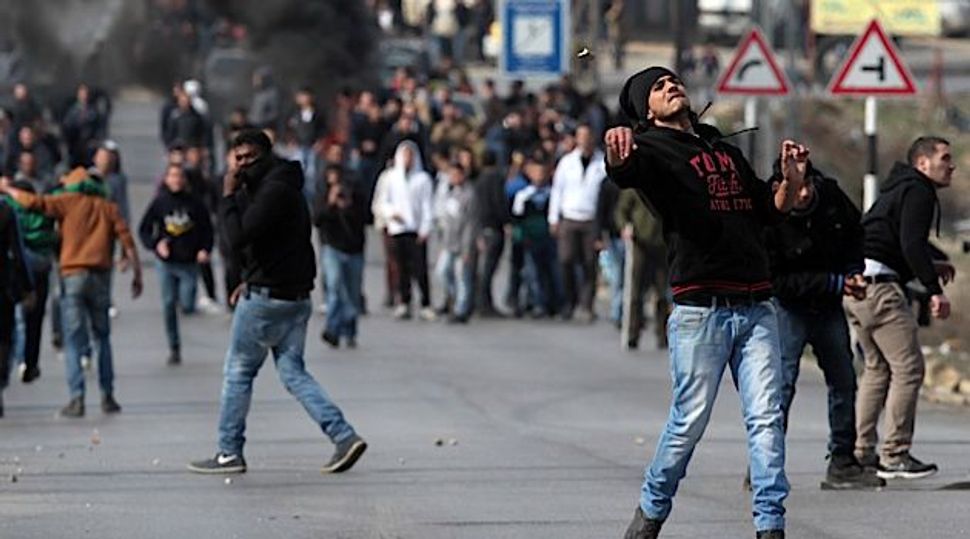 JERUSALEM (JTA) — Israeli soldiers shot and wounded a Palestinian man who ran at them with a knife at the Gush Etzion junction in the West Bank.

The Palestinian, believed to be in his 20s, was running against traffic and carrying a knife, and did not stop when called on to do so by a soldier stationed in the area in the incident on Wednesday afternoon.

The soldier felt he and his colleagues were in immediate danger and shot the would-be assailant, according to the IDF. The Palestinian man was shot in the stomach. He was taken to Hadassah Hospital Ein Kerem in serious condition for treatment.

There have been several knife attacks and car rammings at the junction in the last two years.