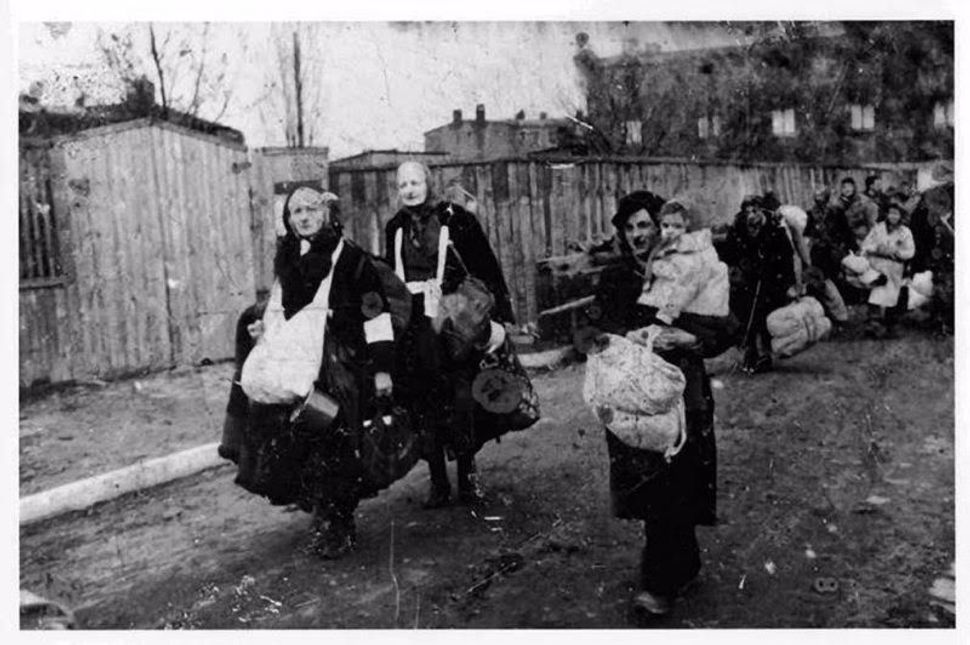 (JTA) — Ukrainian President Petro Poroshenko in a post on Twitter added a picture of Jews being deported by Nazis to a text about mass deportations carried out by Soviets against Ukrainians.

On Friday, Poroshenko, who rose to power in 2014 following a revolution fueled by anti-Russian sentiment and dissatisfaction over corruption, wrote on Twitter: “Today is the 70th anniversary of the mass deportation of the population of Ukraine’s western regions to Siberia and the northern regions of the former USSR.”

The tweet included a photograph from the U.S. Holocaust Museum archive taken in 1942 that shows Lodz Jews in Poland advancing toward an assembly point for deportation to the Chelmno death camp, the website Defending History noted.

Eduard Dolinsky, the director of the Ukrainian Jewish Committee, wrote Tuesday on Facebook that the photograph’s reproduction in a message about the deportations of Ukrainians was “strange.”

The apparent gaffe comes amid a polarizing debate in Ukraine over municipalities and other state institutions honoring alleged anti-Semitic nationalists, including one SS officer and collaborators with Nazi Germany whose troops are believed to have killed thousands of Jews.