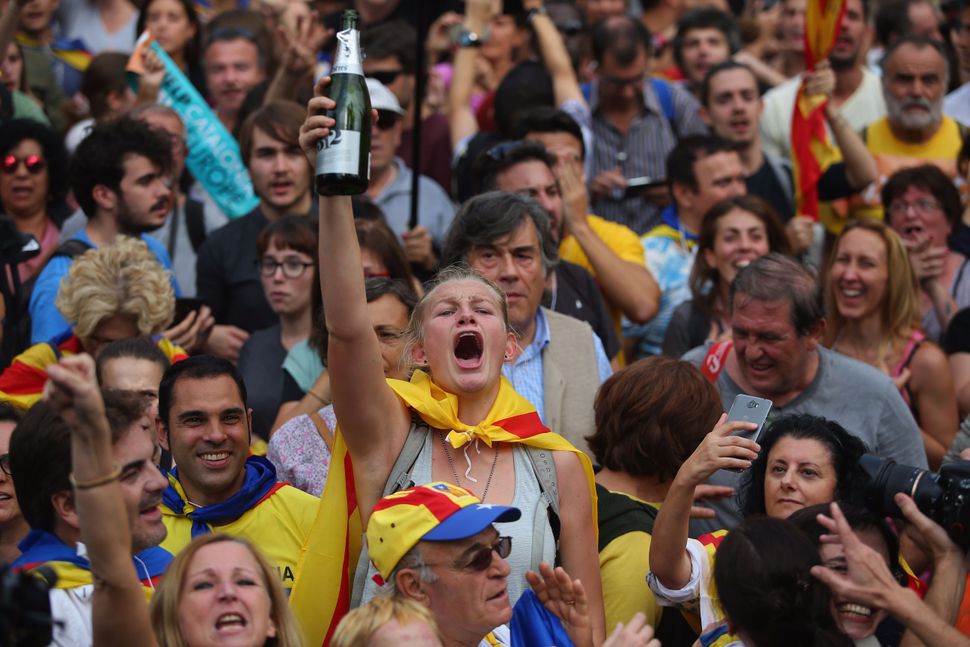 The official Madrid-based federation of Spanish Jews issued a statement October 27 opposing Catalonia’s effort to declare itself an independent republic.

The statement, from the Federación de Comunidades Judías en España, voiced the group’s “profound worry over the serious national crisis” provoked by the Catalonian parliament’s unilateral declaration of independence on Friday.

“As Spanish Jews, we support without cracks the Spanish constitution, the application of the law as the backbone of the rule of law, the solidarity and the equality of all Spaniards and the unity of Spain,” the federation said.

The federation, which as the official representative of Jews in Spain receives funding from the central government, is dominated by the Moroccan Jewish community that arrived in Spain in 1950s.