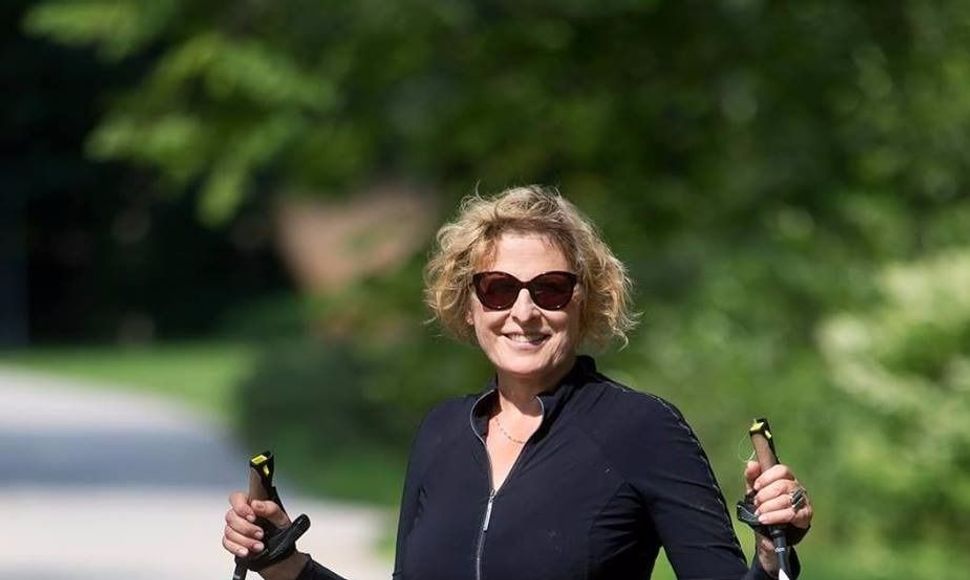 (JTA) — One of the oldest publishing houses in independent Lithuania withdrew the books of a best-selling author over her criticism of a nationalist who is accused of complicity in Holocaust-era crimes.

The recall of Rūta Vanagaitė’s books came one day after she revealed that she is in a relationship with Efraim Zuroff, an Israeli hunter of Nazis whom many Lithuanian nationalists despise.

The Alma Littera publishing house on Friday said it began recalling from book stores all the books it published by Vanagaitė, whose 2016 book “Our People” about the Holocaust is credited with breaking some taboos in Lithuanian society about collaboration during War World II.

Occurring amid an acrimonious debate in Lithuania about the subject and growing nationalism boosted by Russian aggression, the literary scandal illustrates the borders of what is acceptable criticism of national heroes in Lithuania. It also has pitted advocates of Vanagaite, who complained of Soviet-like censorship against her, and her critics who insisted she provocatively insulted the memory of a great patriot.

The publisher cited in a statement a remark that Vanagaite, 62, made to a journalist about Adolfas Ramanauskas, an anti-Soviet combatant during the war, who admitted to commanding troops that witnesses said butchered Jews in the ghetto of Druskininkai, 75 miles southwest of Vilnius.