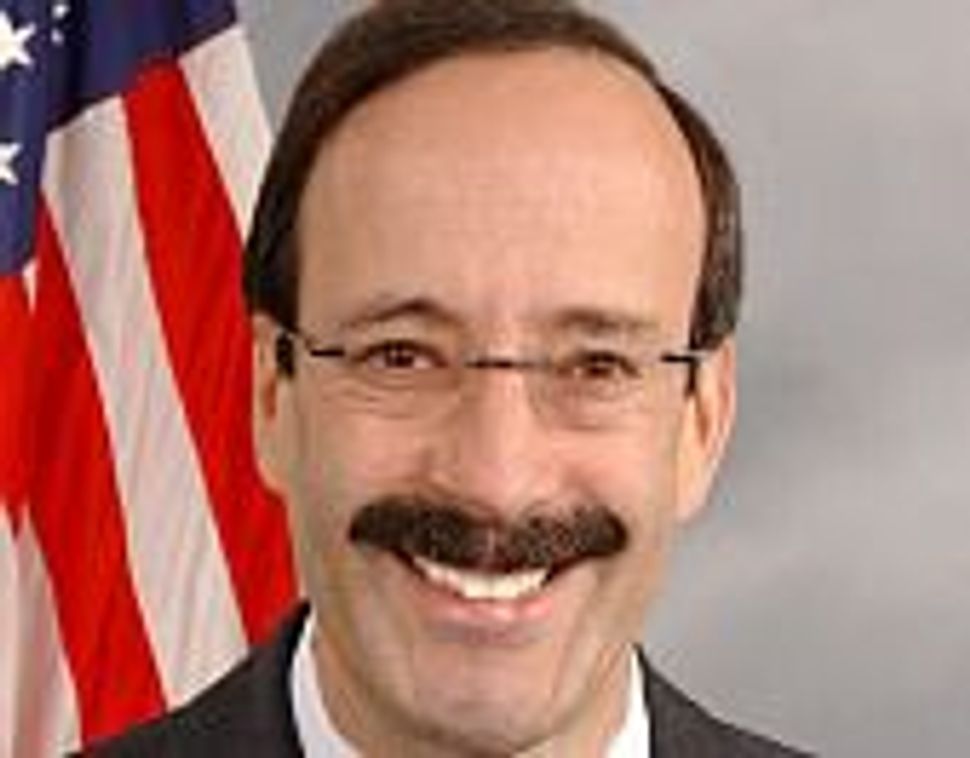 WASHINGTON (JTA) — Rep. Eliot Engel has become the first U.S. congressman to be featured on a postage stamp in Kosovo.

Engel, a New York Democrat, may be the first Jewish member of Congress on a stamp, period. Bella Abzug helped inspire a 1999 stamp celebrating the women’s rights movement, but the late New York Democrat’s face isn’t on it.

Engel was among a cadre of U.S. lawmakers and public figures who urged the Clinton administration to intervene during the Kosovo war in 1999, heading off what many feared would be a genocide of Kosovo’s ethnic Albanians at the hands of Serbian strongman Slobodan Milosevic.

Many of the same figures were part of the push to recognize the Balkan state when it declared independence in 2008.

Among those members of Congress out front in the push to protect Kosovo were Jewish, including Engel. Ask Kosovar Albanians why, and more often than not they’ll explain that it’s because the men are Jewish: Albanians saved Jews during the Holocaust, and Jews subsequently returned the favor.

Engel’s stamp was presented to him this week when he was in the country to help open an office of the Millennium Challenge Corp., a U.S. government assistance agency. Engel’s office helped secure a $49 million MCC grant for the country.

“I’m deeply honored and surprised that this was being done. I had no idea,” Engel told JTA in an email message. “My work to promote the U.S.-Kosovo relationship has been among the most meaningful endeavors of my years in Congress. I’m happy to have helped people’s lives and promote prosperity in the region.”

It’s not Engel’s first honor in the country: In 2008, the town of Pec named a street for him.