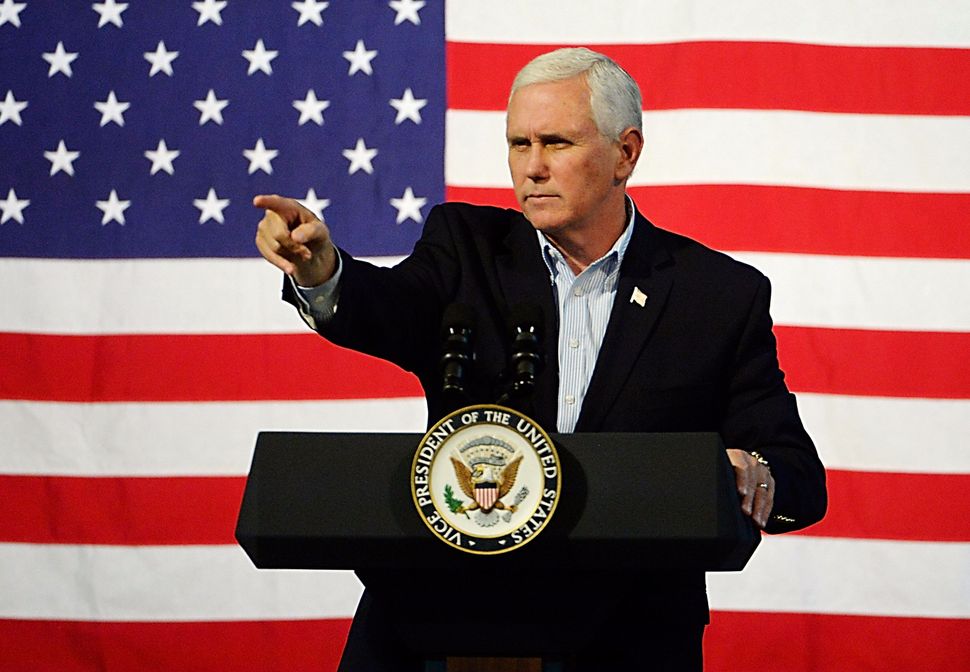 Israeli officials are saying that Vice President Mike Pence has indefinitely postponed a planned January trip to Israel, the Times of Israel reported. But Pence’s office is saying that the trip has simply not been scheduled.

On Monday, Israel published a list of foreign governmental leaders visiting the country during January. Pence’s name was not on the list. Israeli officials cited “various scheduling difficulties” when asked about Pence’s status.

“As we said, we are going later this month,” Jarrod Agen told reporters. Agen added that Pence would visit Egypt on that trip.

When Pence cancelled his planned December visit to Israel, the official reason given was that Pence was staying in Washington, D.C., to help whip up congressional support for the tax bill. But the decision also came after Christian and Muslim leaders in Jerusalem pulled out of planned meetings with Pence in protest of President Donald Trump’s decision to formally recognize Jerusalem as the capital of Israel.

Israeli Prime Minister Benjamin Netanyahu is scheduled to visit India in the middle of January. Pence’s office did not offer any specific dates for the visit.