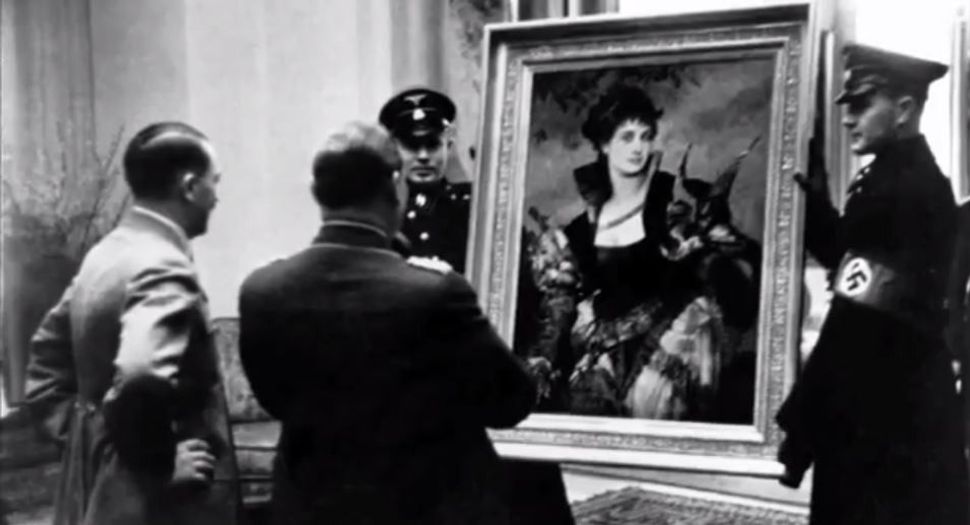 Hitler looking at a piece of looted art. Image by YouTube

The Louvre Museum in Paris has a new permanent exhibit: paintings stolen by the Nazis during the Nazi occupation of France, CNN reported.

More than 1,700 paintings that were recovered from Nazi looting hang on the walls of the Louvre, but the 31 paintings in this special exhibit are unique: They have yet to be reunited with their owners.

“These paintings don’t belong to us. Museums often looked like predators in the past, but our goal is to return them,” Sebastien Allard, the head of the paintings department at the Louvre, told the AP.

Though the Louvre has a long-standing program of returning looted artwork, it is laborious, and requires the claimant to provide proof. Since 1951, only 50 pieces have been returned to their original owners.

“People who come forward need, for instance, to establish the proof that the artwork belonged to their grandfather,” Allard said. “They need to find old family pictures and payment slips, or gather testimonies. It can take years.”

World War II saw roughly 100,000 pieces of art looted from France by Nazis. About 60,000 pieces were recovered, with most going back to their original owners.