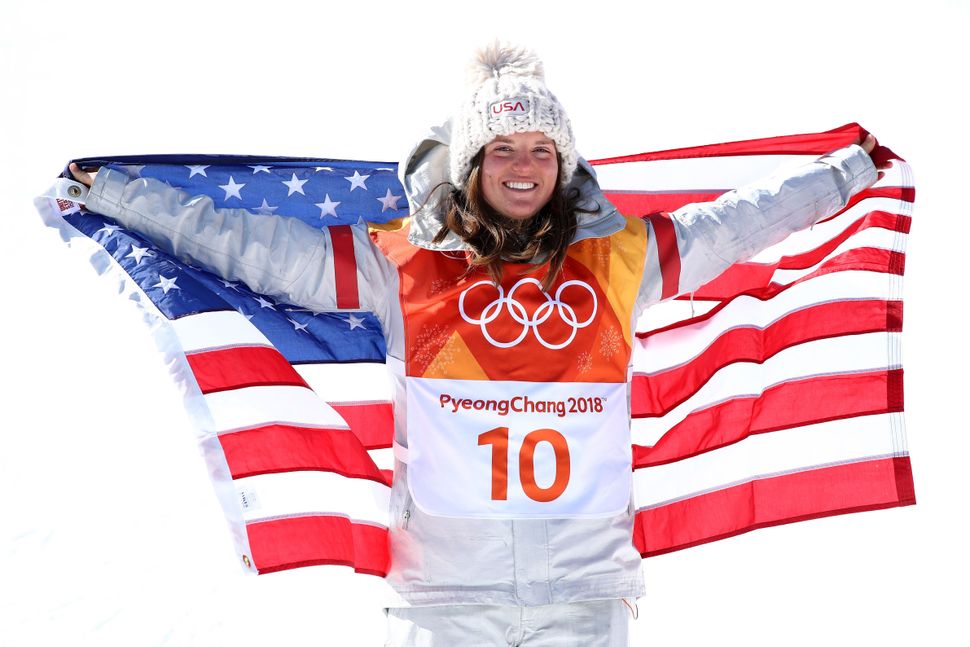 She came in behind silver medalist Jiayu Liu of China. The gold medal was snagged by American snowboarder Chloe Kim, 17, whose parents are originally from South Korea.

Gold, 21, of Steamboat Springs, Colorado, reportedly had considered retiring after dislocating her right shoulder while training for the 2014 Olympics in Sochi, Russia. She ultimately was not able to compete four years ago, though her older brother, Taylor, did.

During the competition on Tuesday in South Korea, Gold performed a 1080 snowboarding trick, a demanding trick involving three rotations, which was attempted by half of the competitors.

“I think that Steamboat is proud to have so many Olympians here, but to be able to bring home a medal to the town that has given me so much is amazing,” Gold told the Denver Post. “It’s not even the results. It’s just like the whole experience, the whole process has been so much more enjoyable for me,” she also said.

Gold, a former World Champion in the halfpipe event, currently is studying veterinary medicine at the University of Colorado, Boulder.