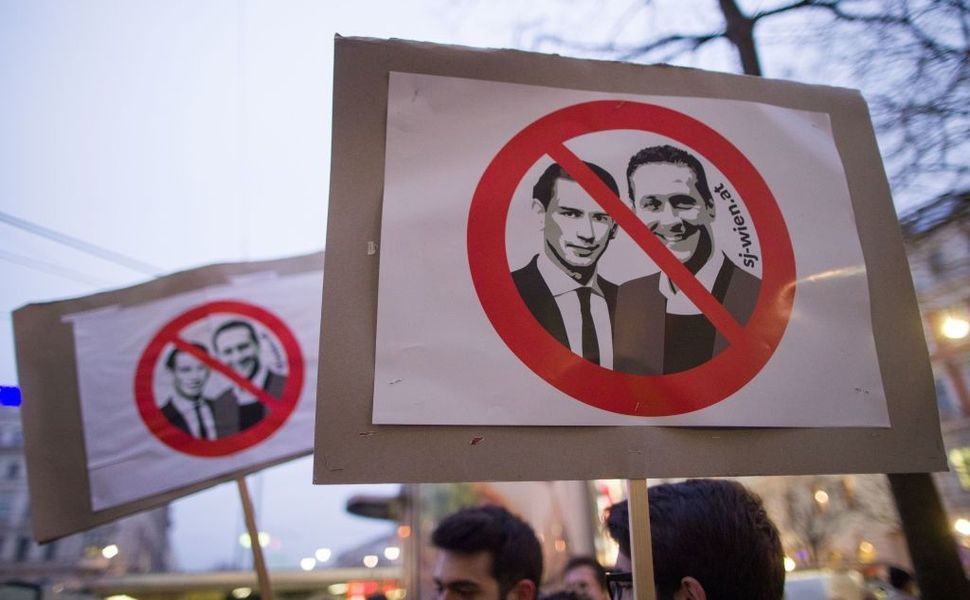 An Austrian student fraternity has a songbook containing anti-Semitic lyrics making fun of the Holocaust and insulting Jews, a newspaper said on Tuesday, three weeks after it exposed a similar case that forced a far-right politician to quit.

The earlier case reported by Falter prompted the resignation of a prominent member of the anti-Islam Freedom Party (FPO), which became the junior partner in conservative Chancellor Christian Kurz’s government in December following elections.

Austria is the only western European country to have a far-right party in government.

Last month, left-wing weekly Falter reported on anti-Semitic lyrics in a songbook published by a student fraternity in Lower Austria, the province surrounding Vienna. That fraternity’s deputy leader was the FPO’s top candidate in an election for the regional parliament there, Udo Landbauer.

Landbauer eventually stepped down over the affair.

On Tuesday, Falter reported that another fraternity, Bruna Sudetia based in Vienna, had a similar songbook, and that the head of that group is on the staff of FPO Infrastructure Minister Norbert Hofer.