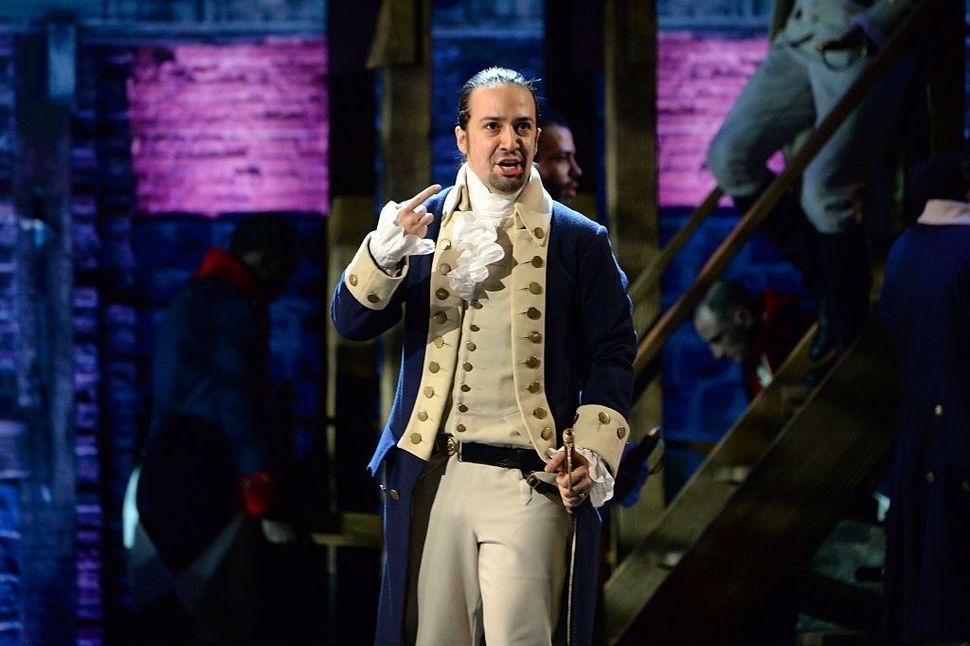 Look around, look around — how lucky we are to be alive right now: Lin-Manuel Miranda, the literal genius behind “Hamilton,” just promoted an old recording of the Jewish a capella group he sang with in college, the Mazel Tones.

And you don’t have to wait for it to listen — here’s a snippet:

Miranda sang tenor in the Mazel Tones at Wesleyan University, from which he graduated in 2002. He had a solo in the song “Hine Ba Hashalom,” which he shared with his Twitter audience of over two million followers after current Mazel Tones member Lisa Stein tagged him in a video.

Although Miranda is not Jewish, he has expressed affinity for Jewish culture in the past: He attended Hunter College Elementary School in New York, where, as he told The New Yorker, “All my friends were Jewish.” (He even sang the Hanukkah song “Sevivon Sov Sov Sov” in the school chorus, though that part consisted of “sing[ing] ‘Sov’ about 6,000 times in a row.”

In 8th grade, Miranda wrote a musical about the book “The Chosen” for a teacher who inspired him more than any other. At his wedding, he and his family sang the song “To Life (L’Chaim)” from “Fiddler on the Roof” to his bride. And in 2016, he appeared in a fundraising video for Yeshiva University, which is based in his home neighborhood of Washington Heights, New York.

And although it isn’t addressed in the plot of Miranda’s award-winning smash hit musical “Hamilton” (which was based on a biography by Jewish historian Ron Chernow), the show’s protagonist, former Treasury Secretary Alexander Hamilton, may have had Jewish ancestry.

When it comes to Miranda, history has its eyes on Jews.