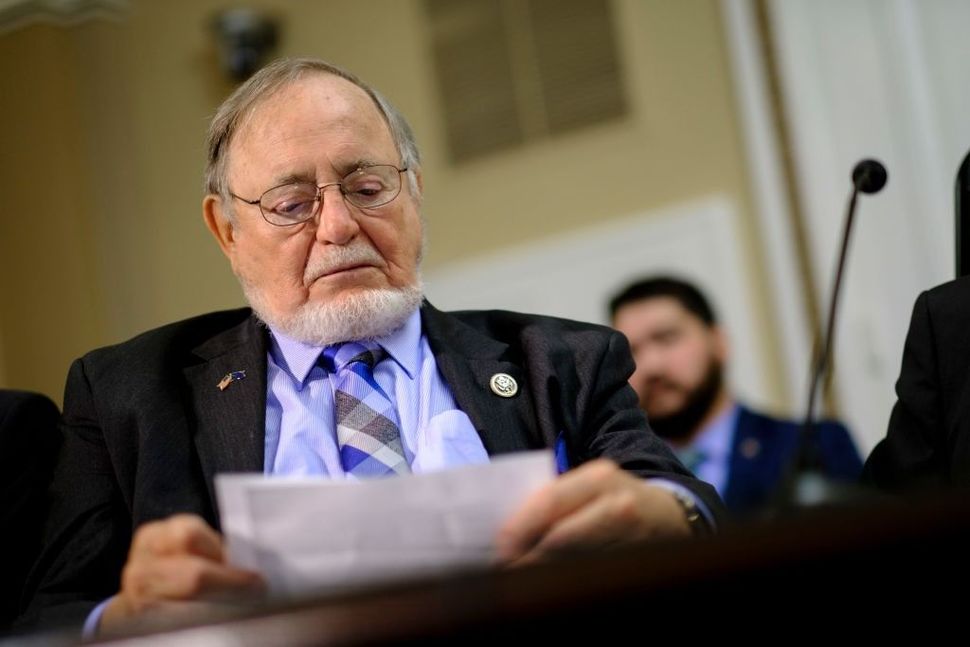 A member of Congress argued against gun control last week by arguing that Jews died in the Holocaust because they were unarmed.

Rep. Don Young, a Republican who has represented the entire state of Alaska in Congress since 1973, made his comments at a town hall in Juneau on Thursday.

Dmitri Shein, a Democrat who is running for Young’s seat, asked him what municipalities and the federal government could do to prevent school shootings.

Young replied that he believed teachers should be armed in schools. He then invoked what he saw as lessons from World War II.

Invoking the Holocaust — specifically the Nazi regime’s 1938 ban on Jews owning weapons — is a tactic frequently used by of opponents of gun control like the National Rifle Association. The Anti-Defamation League has frequently called out such tactics, with national director Jonathan Greenblatt writing in 2015 that the comparison “is deeply offensive to Jews, Holocaust survivors and those who valiantly fought against Hitler during World War II. It is, in fact, as many historians have previously noted, a distortion of history itself.”

Young, a longtime board member of the NRA, also argued that much of the violence seen in schools in recent years could be tied to violent video games.