Holocaust Survivor Has Bar Mitzvah To Remember Slain Family — At 83 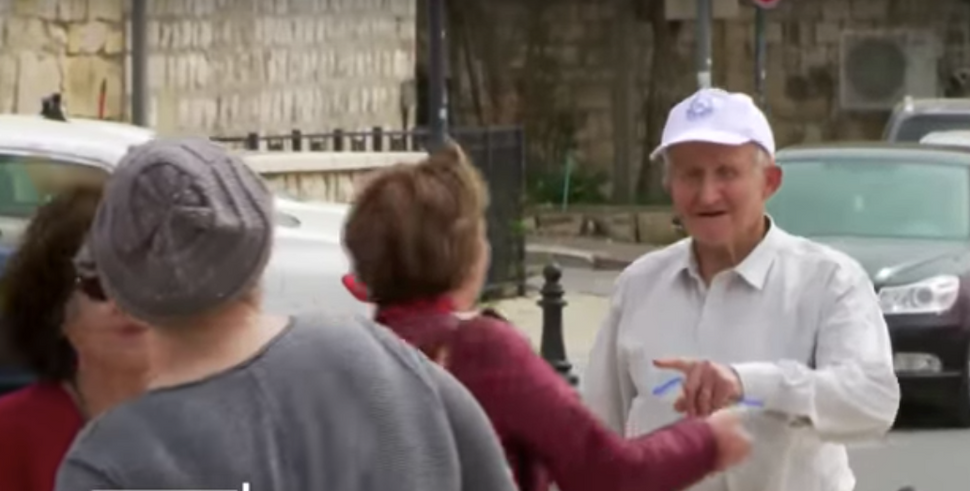 (JTA) — An 83-year-old Holocaust survivor living in northern Israel celebrated at a Safed synagogue his bar mitzah ceremony 70 years after its die moment.

A few dozen friends and family, as well as Safed’s police commissioner, accompanied Hanoch Shachar to a local synagogue where many of them sang and danced with him before he had his first aliyah l’Torah – the act of reading from the holy book at synagogue after being called to do so from the bimah, or podium.

Jewish boys typically have an aliyah l’Torah when they turn 13, an age that in Judaism is when a boy becomes a man.

“I saw something was missing in my life, a tree, a branch, real parents,” Shachar, who survived the Theresienstadt concentration camp in what is now the Czech Republic, told the Israel Broadcasting Corporation during the event for a report that was aired Thursday. “Every Jew has a bar mitzvah at their right age, and I never had one,” he said. His entire family perished in the Holocaust.

Hannah Shachar, the man’s wife, said she was “very excited because it’s his dream, to have a bar mitzvah.”

Shachar brought with him to synagogue a violin that belonged to a boy who died in the Holocaust, he said. The dead boy’s parents gave Shachar the violin when he was a boy. “This violin is my way of asking Hashem why he took the talented boy who owned this instrument,” he told the film crew, using the Hebrew word for God.

Holocaust Survivor Has Bar Mitzvah To Remember Slain Family — At 83