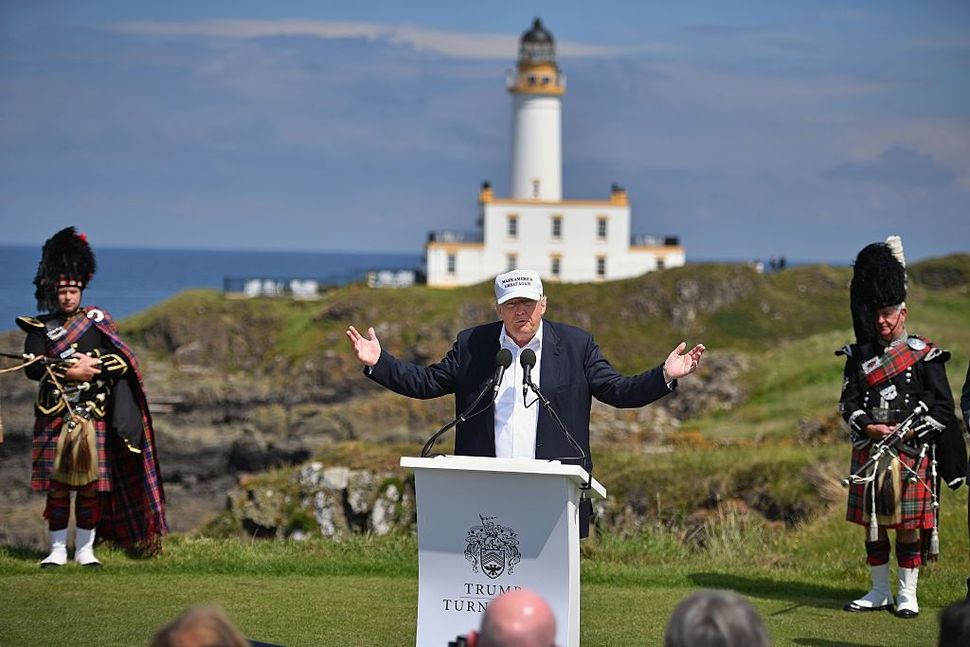 Donald Trump gives a press conference on the 9th tee at his Trump Turnberry Resort on June 24, 2016 in Ayr, Scotland. Image by Jeff J Mitchell/Getty Images

A Trump hotel in Scotland is being made kosher as part of a Passover tourist package, Bichadrei Charedim reported.

The Guardian reported last year that Trump himself remains the sole shareholder of Turnberry, but day-to-day management is overseen by his son Donald Jr.

The resort has seen some setbacks: It lost $23 million in 2016 due to currency fluctuations and being closed for six months for renovations that reportedly cost more than $280 million.

When asked if Ivanka Trump and Jared Kushner will be attending, Wagner responded, “I am not at liberty to discuss the guest list, and that won’t change whether Ivanka Trump comes or if someone from Bnei Brak attends. We will be keeping all of our guest list information confidential and remain discreet in this regard.”