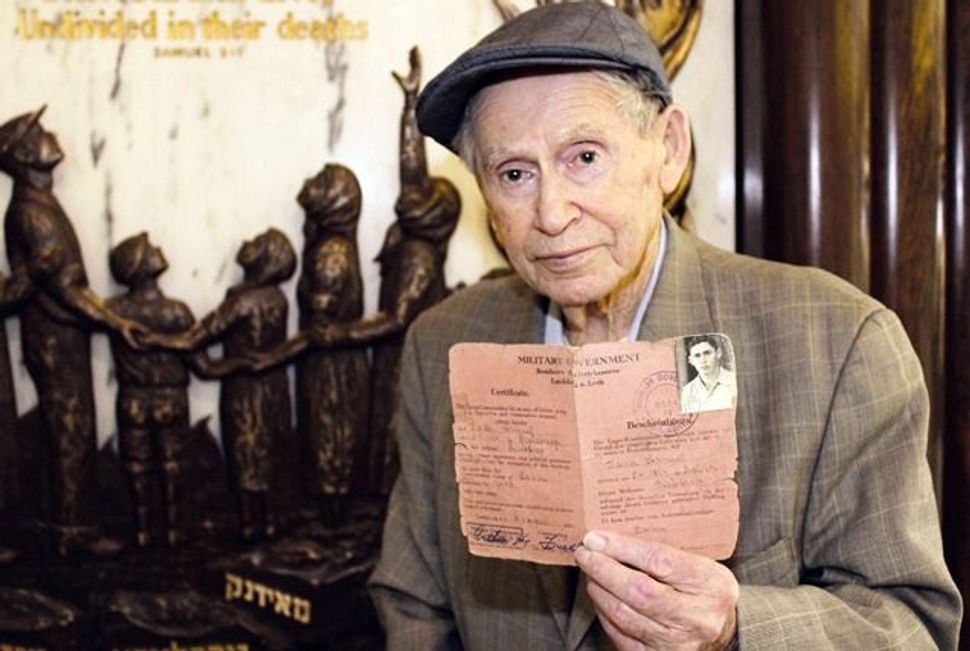 The celebration was held near Heider’s home in Dayton, Ohio.

Heider was unable to have a bar mitzvah because his family was torn apart during the Nazi invasion of Poland. Each were sent to separate camps. Heider survived Auschwitz, but his parents and siblings were killed.

The bar mitzvah came as a surprise to Heider, whose daughter Linda planned the day. “I told him, we’re not having just a birthday party, it’s going to be your bar mitzvah,” she told ABC.

“This day for me is a happy day, and a very emotional day,” Samuel Heider said.