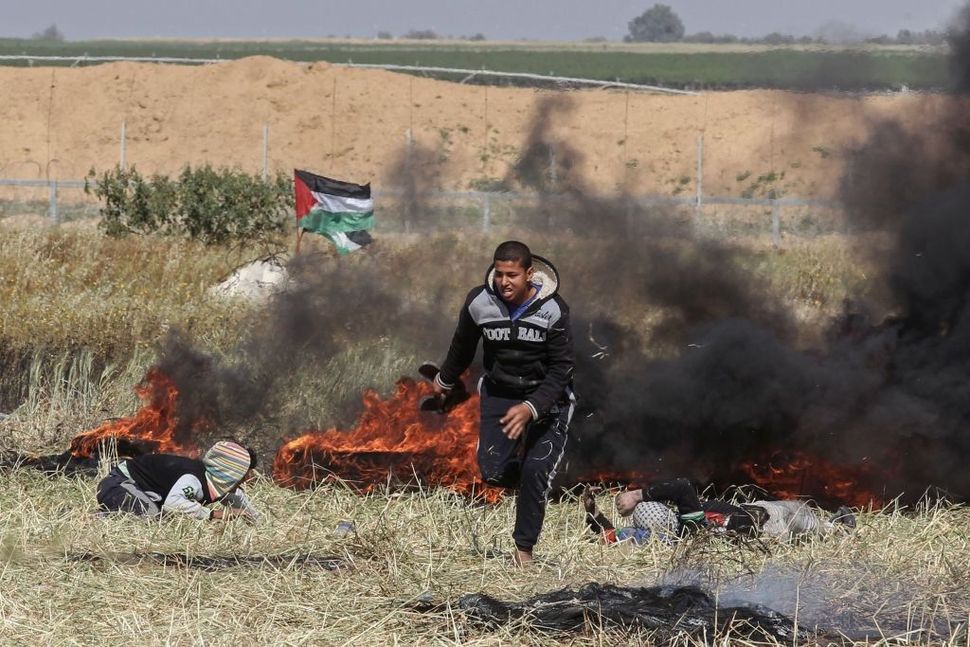 JERUSALEM (JTA) — Israel’s Defense Minister Avigdor Liberman asserted that there will not be an international into the Gaza border clashes that left at least 16 Palestinians dead and hundreds injured.

“Israeli soldiers did what was necessary. I think all our soldiers deserve a medal,” Lieberman told Army Radio Sunday. “As for a commission of inquiry – there won’t be one.”

Liberman said that Israeli soldiers did not fire on peacefully protesting Palestinians and only targeted those who charged the border fence in an attempt to breach it or to plant explosives there.

The defense minister also asserted that Israel would act more forcefully if the violent protests continued.

“The choir of hypocrites … are calling for a commission of inquiry,” Liberman tweeted. “They got confused and thought Hamas organized a Woodstock festival and we had to meet them with flowers.”

At least 30,000 Palestinians protested at six points along the Gaza border with Israel on Friday to mark Land Day, which has been observed by Palestinians around the world since 1976, when six Israeli Arabs were killed and another 100 injured in clashes on March 30 with Israeli soldiers and police during protests over the expropriation of Arab-owned land in northern Israel by the state for housing for Jewish citizens.

But one video clip being widely distributed by news outlets, the Palestinians and on social media shows an 18-year-old Palestinian man shot in the back and killed by Israeli snipers while running away from the border fence. It is not known what actions the fleeing Palestinian man took before he was shot.