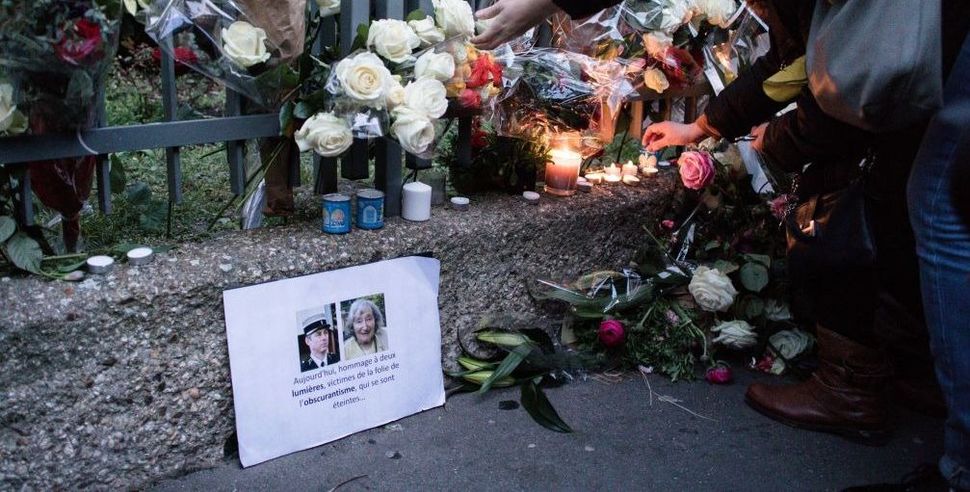 JERUSALEM (JTA) — Israeli Prime Minister Benjamin Netanyahu called the son of an 85-year-old Holocaust survivor from Paris who was burned and found dead with 11 stab wounds in what is being called an anti-Semitic attack.

Netanyahu on Sunday spoke with Daniel Knoll, the son of Mireille Knoll, who was found dead in her arsoned apartment on March 23.

“The people of Israel and the State of Israel is with you. This was a shocking murder. The story of your dear mother, who was cruelly taken, is a reminder for us that the struggles of our people are still before us,” the prime minister reportedly said during the phone call.

At least 10,000 people participated in a memorial march in Paris last Wednesday for Knoll, though many of the marchers were Jewish. Earlier the same day, French President Emmanuel Macron attended Knoll’s funeral in the Paris suburb of Bagneux. He wore a kippah and was seen talking with Knoll’s friends and relatives.

Two men, including one of her neighbors, have been indicted in connection with what is being tried as a murder with aggravated circumstances of a hate crime. They are also charged with robbery.