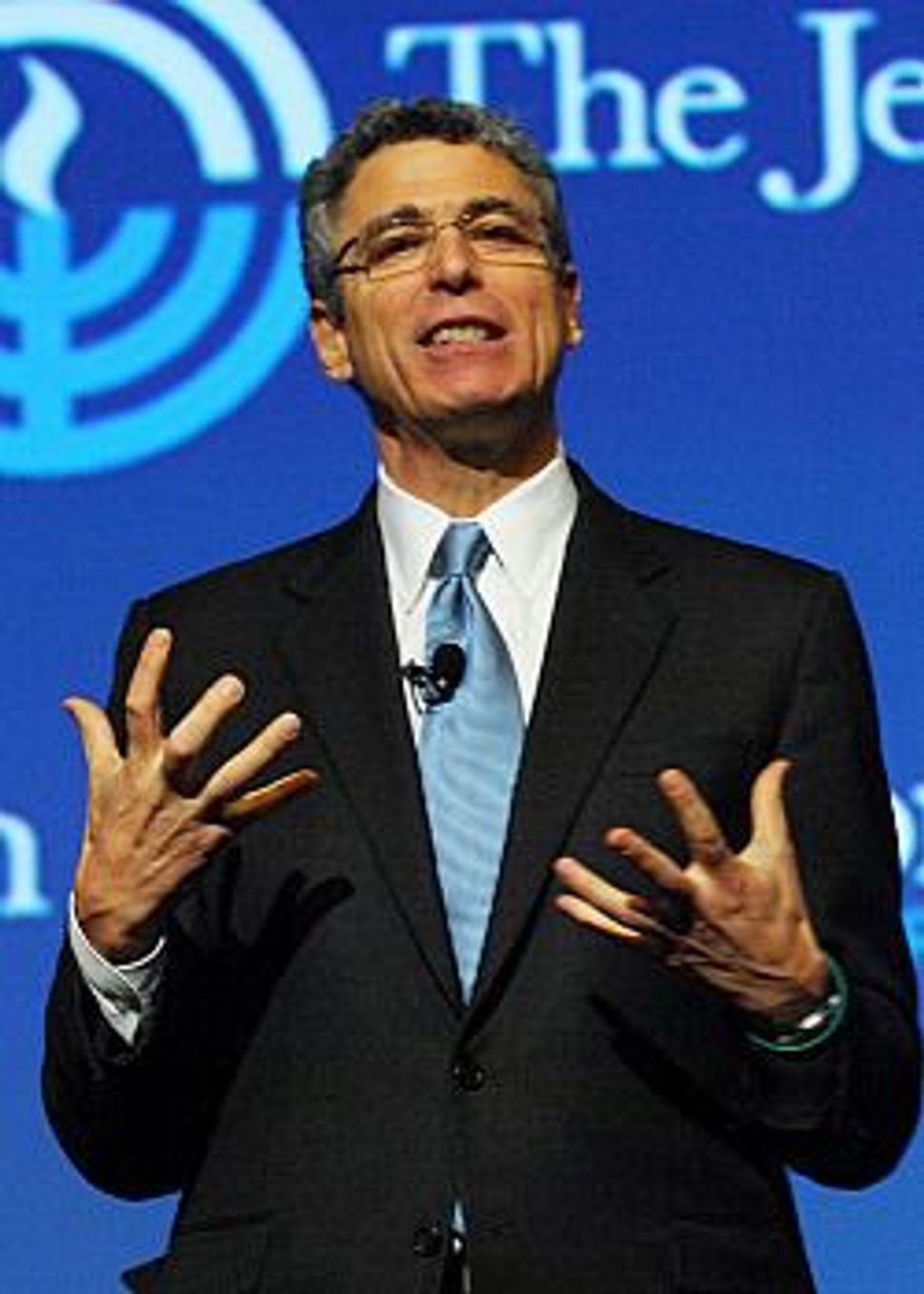 (JTA) — The president of the largest Jewish movement in the United States called on Israel to “take all necessary and effective precautions” to prevent harm to civilians during the Gaza border protests.

Rabbi Rick Jacobs of the Union for Reform Judaism said in a statement issued Monday that the “ongoing escalation on the Gazan border is tragic and dangerous for both Israelis and Palestinians. There appears to be no doubt that Hamas has made cynical and violent use of those Gazans who seek a more hopeful future.

“But, at the sam time, we call on Israel to take all necessary and effective precautions so that innocent civilians will not be harmed. Additionally, the press — especially when marked clearly as such — must be protected as non-combatant civilians.”

Israeli troops have killed at least 30 Gaza Palestinians who have participated in the protests that began more than a week ago, including a journalist wearing a vest emblazoned with the word “Press.”

The protests are part of the planned six-week “March of Return” that will end in mid-May with the anniversary of Israel’s founding, which the Arab world calls the Nakba, or catastrophe. The Palestinians have said the protests are peaceful, but Israel’s military counters that protesters have thrown rocks and firebombs at Israeli troops on the other side of the border fence and attempted to damage and cross the border fence into Israel.