Far Right Celebrates Ryan’s Retirement: He Was A ‘Globalist,’ Too 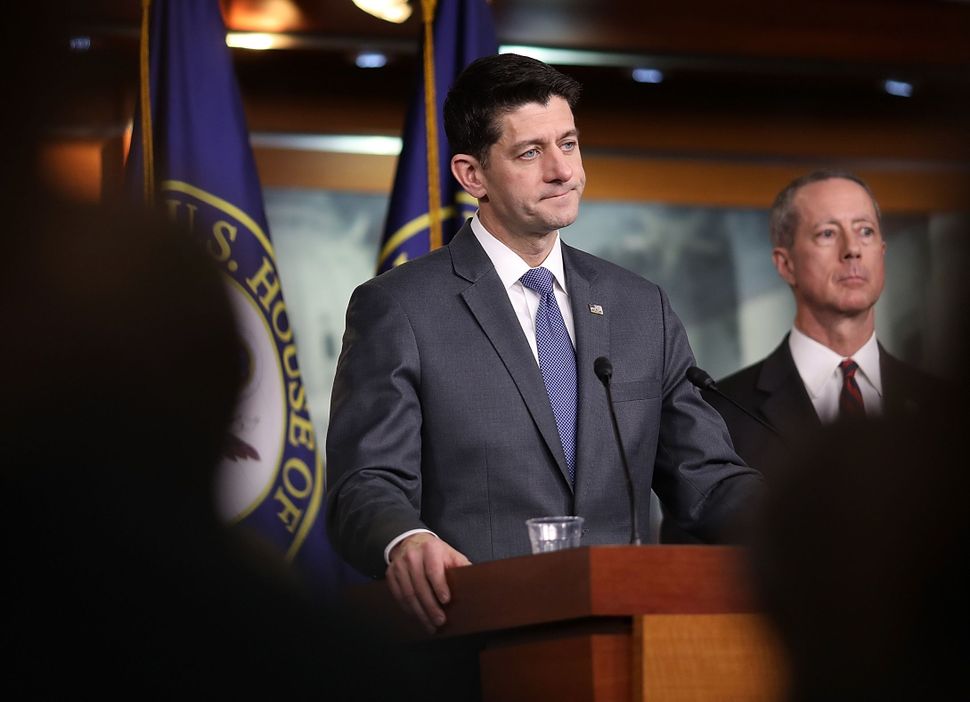 House Speaker Paul Ryan has announced he will not be seeking reelection in November — and the far right couldn’t be happier, the Washington Post reported.

Ryan has long been a target of far-right media outlets and “alt-right” social media figures. He has been ridiculed as a “globalist,” a moniker often given to Jews that is meant to identify someone who puts the rest of the world before the U.S. On Wednesday, Breitbart published two articles in that vein: “Paul Ryan’s Globalist Legacy: Ignoring America’s Working Class at the Behest of Billionaire Koch Brothers” and “9 Times Paul Ryan Put American Workers Last, Foreigners First.”

So true. @SpeakerRyan leaving is the sure fire sign that the #Globalists ate losing hold over US. Keep it that way. Vote #RedWaveRising2018 #MAGA #KAG2020 https://t.co/BJTkA7o4yg

Paul Ryan is a bought-out globalist that went from opposing Trump to a supposed ally that’s done nothing but stall the America First agenda. Trump has really started to drain the swamp of those that work against the American people…??#PaulRyan #MAGA

“One, the free trade, more interventionist, establishment. That’s Paul Ryan,” said Fox News host Laura Ingraham. “And the other, a more America first populism. That’s Trump. The speaker’s departure is a clear sign in my mind that Trump’s vision, not Ryan’s, is the future of the party.”

Far Right Celebrates Ryan’s Retirement: He Was A ‘Globalist,’ Too