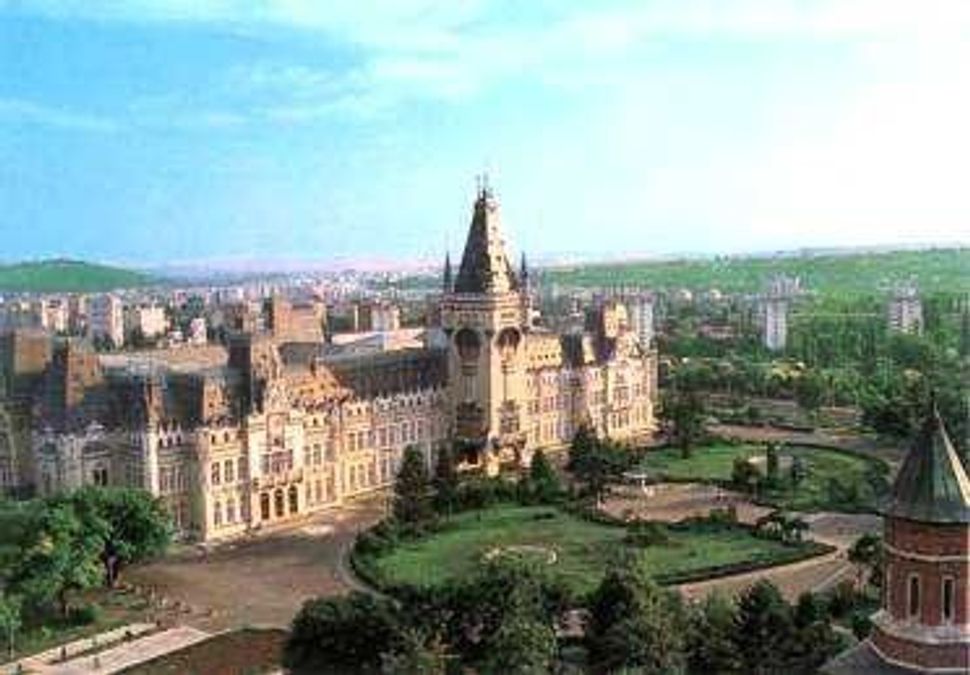 (JTA) — The president of Romania, who has the final word on foreign policy issues, dismissed claims by a senior lawmaker in Bucharest who said his country would be the first European Union member state to move its embassy in Israel to Jerusalem.

President Klaus Iohannis on Friday denied in a statement the veracity of assertions made the previous day by Liviu Dragnea, president of the Chamber of Deputies.

“The President, as the maker of foreign policy decisions in Romania and as representative of Romania abroad in accordance with the constitutional provisions, reiterates that the constant position of our country regarding the Middle East Peace Process remains unchanged,” a statement by Iohannis’ office read.

Romania’s position on the Israeli-Palestinian conflict is identical to that of the European Union of which it is a member, officials have said repeatedly. European Union officials said the bloc will recognize Jerusalem as Israel’s capital only following a mutually-agreed upon peace deal between that country and the Palestinian leadership, which also claims Jerusalem as their capital in a future state.

In an interview for the Antena 3 television channel Thursday, Dragnea said: “The government has adopted a memorandum that decides to begin the procedures for moving the embassy” in Israel to Jerusalem. This “has huge symbolic value for a state that has a tremendous influence in the world, with over 500,000 Romanians living in it, and is deeply valued by the US administration,” Dragnea added.

But neither the Romanian foreign ministry nor the office of Prime Minister Viorica Dăncilă confirmed the initiation of any such procedures, according to AFP.