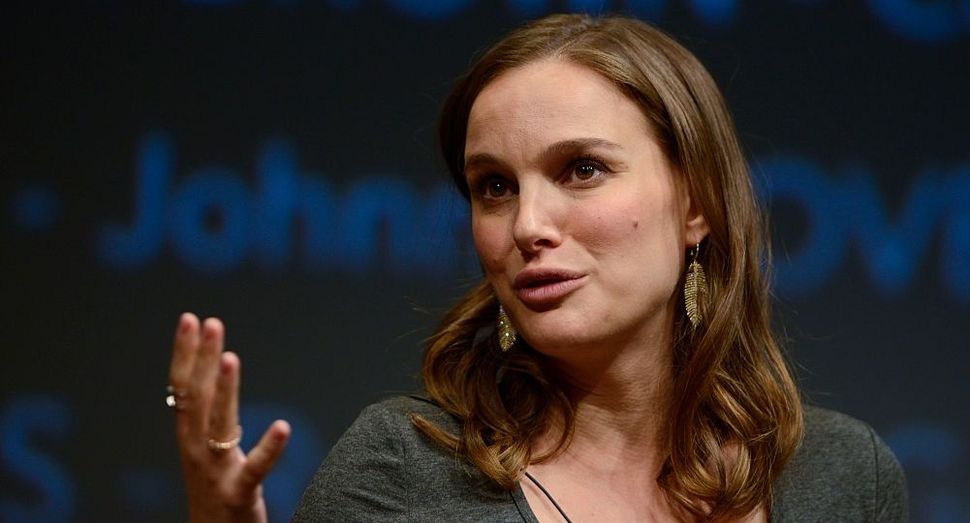 Natalie Portman says she refused to visit Israel to receive a $2 million prize as a protest against Prime Minister Benjamin Netanyahu and because of Israeli “atrocities” — but insisted she doesn’t back the boycott of the Jewish state.

The Hollywood superstar said she didn’t want to seem to be endorsing the escalating violence against the Palestinians by meeting Netanyahu at a gala for the Genesis Prize, which is sometimes called the “Jewish Nobel.”

“The mistreatment of those suffering from today’s atrocities is simply not in line with my Jewish values,” Portman said. “Because I care about Israel, I must stand up against violence, corruption, inequality, and abuse of power.

Despite scrapping the trip, the “Black Swan” actress insisted that she does not back the movement to Boycott, Divest and Sanction movement against Israel.

“I am not part of the BDS movement and do not endorse it,” she said in a statement released late Friday just before the start of Shabbat. “Like many Israelis and Jews around the world, I can be critical of the leadership in Israel without wanting to boycott the entire nation.”

Mentioning that Israel just celebrated its 70th birthday, she suggested that the Jewish state should stand against oppression since it was born in the aftermath of the Holocaust.

Portman, who was born in Jerusalem and moved to the U.S. with her family as a toddler, pointedly denounced Prime Minister Benjamin Netanyahu and said she did not want to appear with him at the gala to accept the award.

“I did not want to appear as endorsing … Netanyahu,” she said.

She stressed that she had no intention of abandoning Israel or shunning its culture.

“I treasure my Israeli friends and family, Israeli food, books, art, cinema, and dance,” she said.