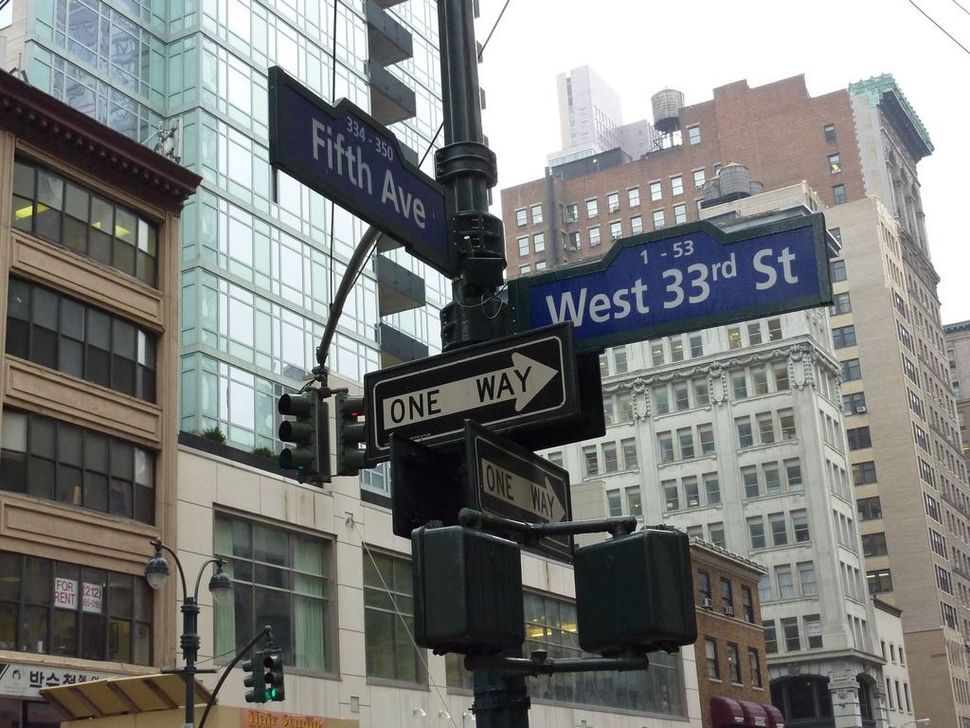 An Orthodox man was stabbed after reportedly bumping into a FedEx delivery man on a midtown Manhattan sidewalk on Monday afternoon.

The victim was stabbed at least four times, allegedly by the FedEx guy, on the corner of Fifth Ave. and 33rd Street around 1:40 pm.

The victim, identified as Jack Gindi, 28, was reported in critical condition at Bellevue Hospital. FedEx employee Madraque Tyquan Bailey, 22, was later arrested and led into a nearby police station in handcuffs.

The New York Post reported that the two men had an ongoing dispute but other outlets cited the bumping incident as the spark for the attack.