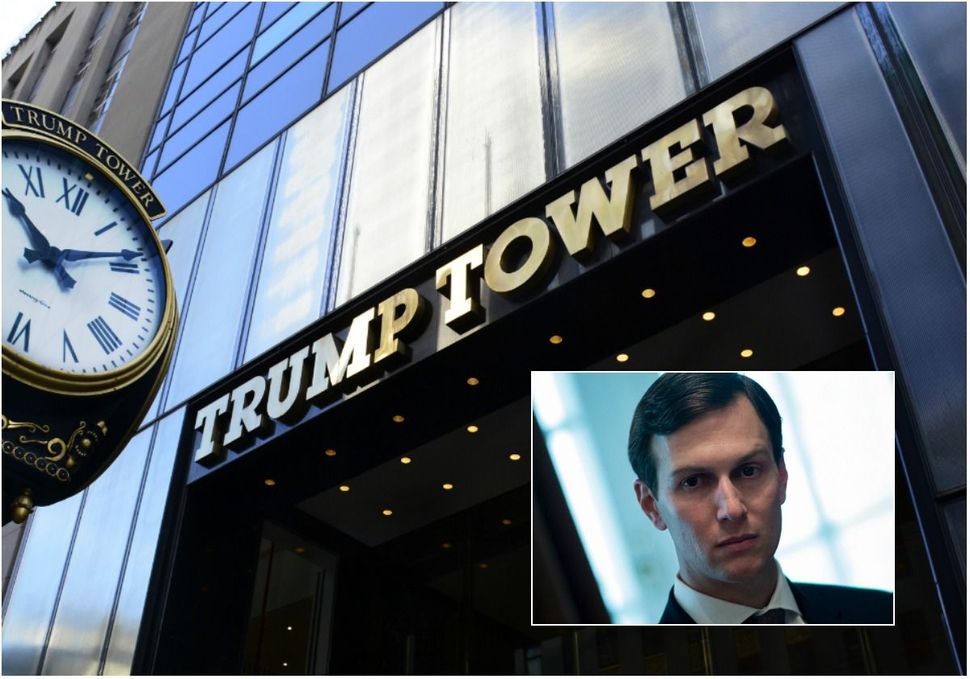 Jared Kushner was part of a June 2016 meeting in Trump Tower with Natalya Veselnitskaya. Image by Getty

Jared Kushner was part of a June 2016 meeting with a Russian lawyer at which the lawyer offered documents that she said would incriminate Hillary Clinton. Now, the New York Times is reporting that the lawyer, Natalia V. Veselnitskaya, has much closer ties to the Kremlin than previously disclosed.

The revelations are renewing attention on the meeting — a focus of Special Counsel Robert Mueller’s investigation into Russian interference in the 2016 election. Along with Kushner, Donald Trump, Jr. and Trump’s campaign chairman Paul Manafort were also present.

At the time and after the meeting was disclosed (when Trump, Jr., released emails about it on Twitter), Veselitskaya maintained that she was a private lawyer interested in meeting about adoption law. “I operate independently of any governmental bodies,” she wrote in a statement to the Senate Judiciary Committee in November.

Now, Veselnitskaya is admitting that she has worked closely as an “informant” for the Russian government.

“I am a lawyer, and I am an informant,” she said in an interview with NBC News broadcast Friday. “Since 2013, I have been actively communicating with the office of the Russian prosecutor general.”