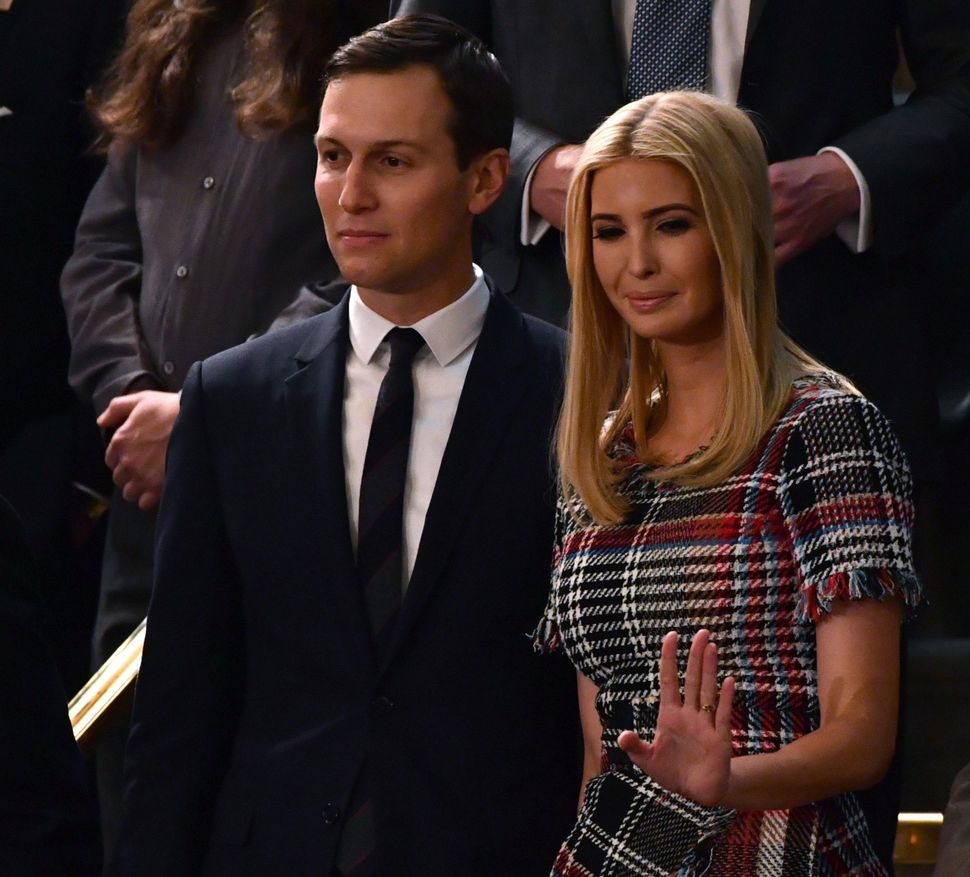 WASHINGTON (JTA) — The official White House delegation for the opening of the U.S. Embassy in Jerusalem will include President Trump’s daughter Ivanka and her husband, Jared Kushner, as well as Treasury Secretary Steve Mnuchin.

Kushner heads up the team seeking to restart Israeli-Palestinian talks. Other members of his team — Jason Greenblatt, the lead negotiator, and David Friedman, the U.S. ambassador to Israel — will also be present for the ceremony on May 14, the 70th  anniversary of Israel’s founding according to the Gregorian calendar.

Those five members of the delegation are Jewish.

Deputy Secretary of State John Sullivan completes the delegation and will lead the team, the White House said in a statement released Monday.

Trump had considered attending the embassy opening. The president has said he is proud of his Dec. 6 announcement on the relocation of the embassy from Tel Aviv. The move has led the Palestinians to abandon Kushner’s efforts to revive talks, at least temporarily.

Israel’s embassy in Washington, D.C., is planning its annual Independence Day party for the same day. The embassy party usually takes place on or near the Hebrew calendar anniversary of Israel’s 1948 independence, which this year was on April 19.

The new embassy grounds, on land in western Jerusalem but bordering eastern Jerusalem, are temporary. There are plans to build a permanent embassy, but it might take up to 10 years.

Ahead of the move, the U.S. Embassy’s twitter handle changed Monday to @usembassyjlm from @usembassytlv.