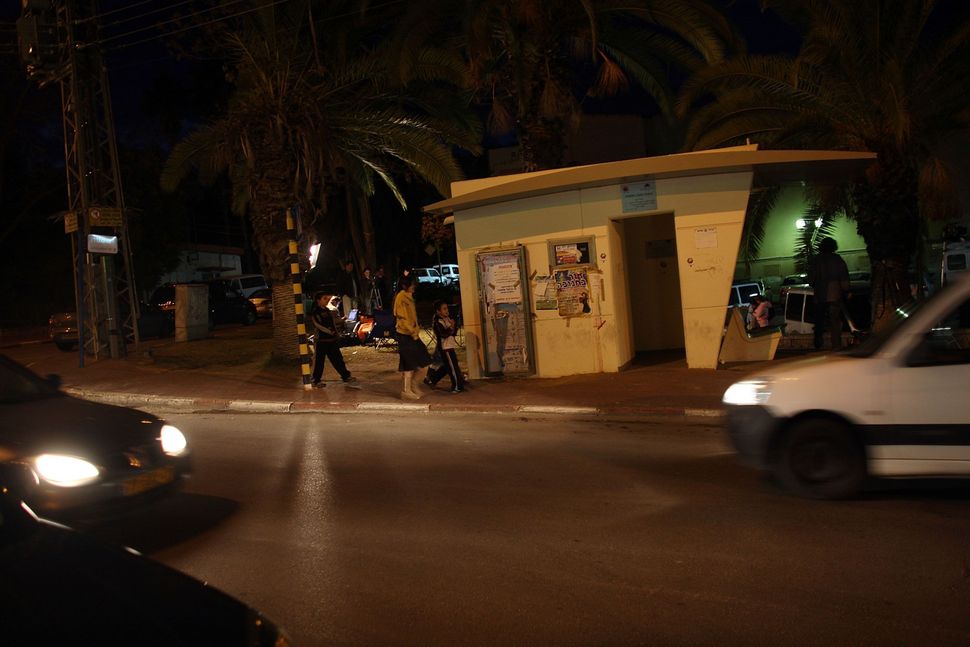 No one was injured in the barrages of projectiles fired overnight at southern Israeli communities.

A private home in the southern Israeli city of Netivot was struck by a rocket fired overnight from Gaza, causing damage.

Early on Wednesday morning, the Israeli military struck 25 Hamas targets in Gaza in retaliation for the barrages of rockets and mortars. Among the targets were rocket-propelled launchers, a factory for   rockets and rocket engines, advanced naval weapons, military compounds, training camps, and sites for the manufacture of weapons, the Israel Defense Forces said in a statement. The strikes early on Wednesday morning were in addition to the 35 targets attacked on Tuesday, including and extensive terror tunnel.

“The IDF is prepared for a variety of scenarios and is determined to act against the terrorist operatives and will continue to carry out its mission to protect the citizens of Israel,” the statement said.

Hamas on Wednesday morning announced that a cease-fire agreement had been reached. The IDF said it will refrain from attacking Gaza as long as there is calm.

From Tuesday morning at 7 until 5:17 a.m. Wednesday, Code Red rocket alert sirens were triggered at least 166 times in southern Israel, according to the IDF Home Front Command.

The United States on Tuesday evening called for an emergency session of the United Nations Security Council over the firing of rockets at Israel from the Gaza Strip. The meeting is expected to take place later on Wednesday.