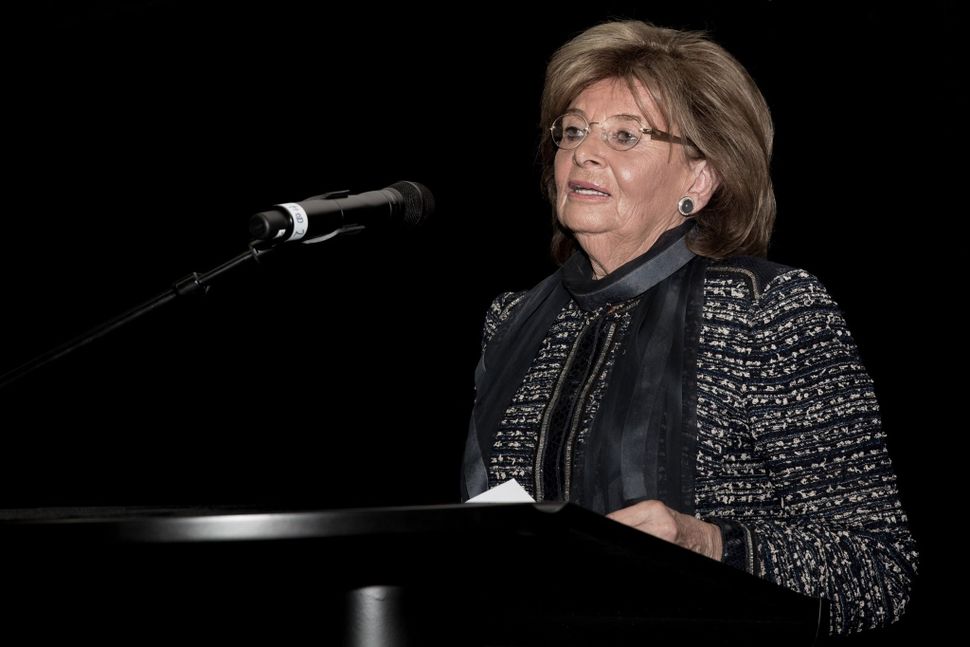 (JTA) — A leader of Jews in Germany criticized the United States ambassador to that country for speaking positively about conservative politicians in the continent.

Charlotte Knobloch, the head of the Jewish community of Munich and a former leader of the Central Council of Jews in Germany wrote in an op-ed for Haaretz published Thursday that by praising European conservatives in an interview, Ambassador Richard Allen Grenell “exacerbates the situation” of growing popularity for the far-right Alternative for Germany party, or AfD.

Grenell praised European conservatives in an interview published this week on Breitbart London, the Europe branch of the alt-right’s news site of choice. Grenell did not mention AfD in the interview.

Grenell said Donald Trump’s election in 2016 as president has galvanized a “resurgence” of conservative policies and politicians in Europe, that are “empowered” by Trump’s election.

“We are seeing the emergence of a mutual confirmation cycle between populists across borders that could easily prove fatal for our liberal democratic order – and fan the flames of anti-Semitism,” Knobloch wrote in the op-ed published Thursday. The op-ed’s title was “What We German Jews Hear When the U.S. Ambassador Says He Wants to ‘Empower’ Toxic Populists.”

Asked  to name an example of a conservative leader he values, Grenell spoke of Sebastian Kurz, leader of the conservative Austrian People’s Party, who was elected Chancellor last year. Kurz formed a coalition with the populist Freedom Party earlier this year despite pleas by Austrian Jews not to over the Freedom Party’s alleged failure to purge anti-Semites from their ranks.