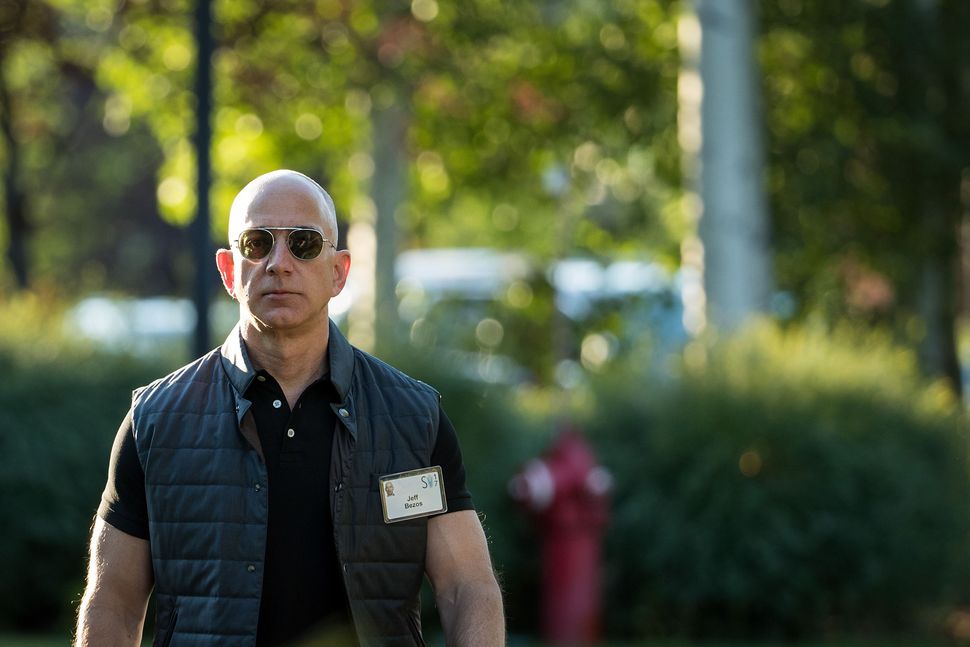 Shoppers can purchase Amazon.com merchandise displaying symbols of white supremacy, despite the site’s policy against selling products that promote hatred, according to a new report from two watchdog groups.

Amazon’s policy says it prohibits the sale of “products that promote or glorify hatred, violence, racial, sexual or religious intolerance or promote organizations with such views.” But the report, to be released Friday by the Action Center on Race & the Economy and the Partnership for Working Families, argues that Amazon is still allowing the sale of dozens of such products in its online store, as well as allowing its publishing and music platforms to facilitate the spread of racist ideology.

An Amazon spokesman said the company is in the process of removing some of the identified neo-Nazi bands from its music platform.

Researchers found on the site propaganda-emblazoned toys, books and other products targeting children. There are Pepe the Frog-themed clothes and accessories, as well as T-shirts and pins with Confederate flag imagery — despite the company’s 2015 announcement that it would remove all Confederate-themed merchandise. White nationalist and anti-Muslim groups also use Amazon’s e-book, self-publishing, music and Web services businesses to grow their movements.