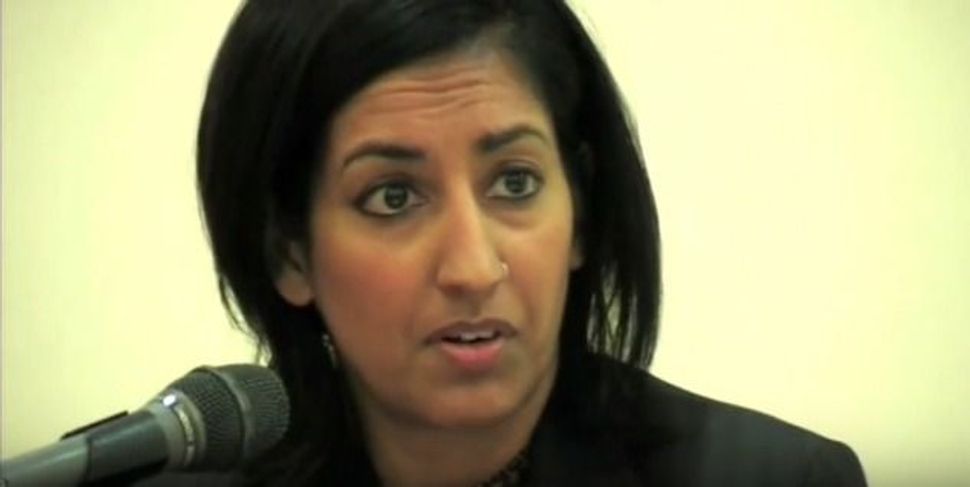 NEW YORK (JTA) — A book that claims Israel intentionally debilitates Palestinians in order to maintain control over them has won a prize from the National Women’s Studies Association.

“The Right to Maim: Debility, Capacity, Disability,” by Rutgers University professor Jasbir Puar, was a co-winner of the association’s 2018 Alison Piepmeier Book Prize, which is awarded for scholarship that focuses on feminist disability studies.

The book, published last year, argues that in addition to killing Palestinians, Israel purposefully maims them in order to maintain control over them.

“Alongside the ‘right to kill,’ I noted a complementary logic long present in Israeli tactical calculations of settler colonial rule — that of creating injury and maintaining Palestinian populations as perpetually debilitated, and yet alive, in order to control them,” Puar wrote in the book’s introduction. “The Israeli Defense Forces (IDF) have shown a demonstrable pattern over decades of sparing life, of shooting to maim rather than to kill.”

Duke University Press’ description of “The Right to Maim” says it argues that “the Israeli state relies on liberal frameworks of disability to obscure and enable the mass debilitation of Palestinian bodies.”

Puar, a professor of women’s and gender studies, is a supporter of the Boycott, Divestment and Sanctions movement against Israel known as BDS. She sparked controversy in 2016 by reportedly claiming in a speech that Israel harvests the organs of dead Palestinians.

The Department of Women’s and Gender Studies at Rutgers congratulated Puar on the prize.