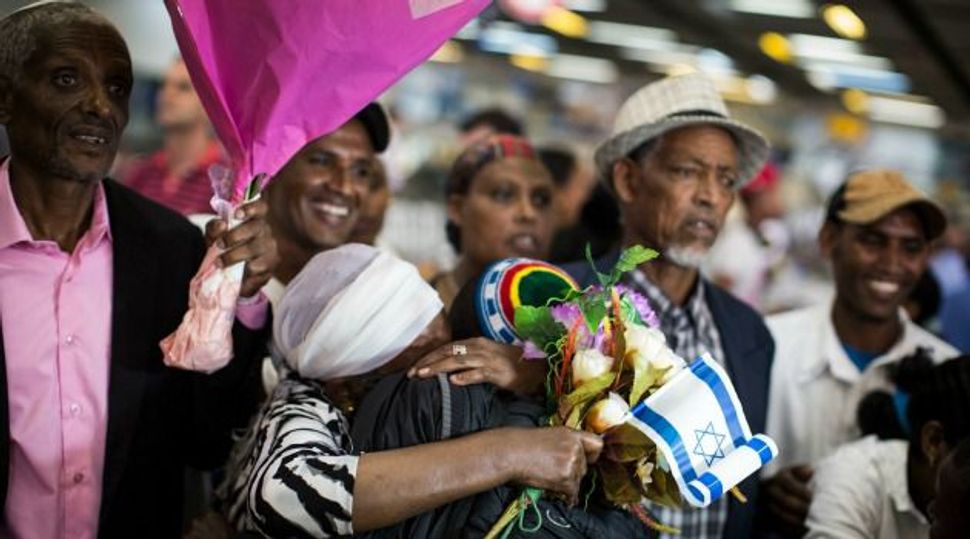 JERUSALEM (JTA) — Israel’s Prime Minister Benjamin Netanyahu announced that he has decided to bring some 1,000 Ethiopian Falash Mura who have children living in Israel to the country.

There are some 8,000 Falash Mura in Ethiopia awaiting permission to immigrate to Israel, most of whom have some family members in Israel.

The Falash Mura claim links to descendants of Jews who converted to Christianity generations ago under duress but now seek to return to Judaism. They must get special permission to immigrate to Israel due to their uncertain Jewish status.

“This is not a simple decision due to other ramifications that we have regarding members of the Ethiopian community; however, I am determined to do this and I add that this is in wake of 1,300 Falash Mura who have already come to Israel,” Netanyahu said at the meeting.

In 2013, Israel’s Interior Ministry approved the immigration of the remaining Falash Mura, and the Knesset in November 2015 unanimously approved a plan to bring some of them to Israel following a public campaign launched by the nation’s Ethiopian community and volunteer organizations. But the plan did not deal with the finances, which include the long-term costs of acclimating the immigrants.

An agreement to find money in the budget for the aliyah of the Falash Mura was signed in April 2016, and in 2017 some 1,300 Falash Mura arrived in Israel. The 2019 state budget, which was approved by the Knesset in March, does not include funds for Ethiopian immigration.

An organization representing Ethiopian-Israelis said that Netanyahu’s announcement is a disappointment to the community.

“In 2015, the government passed a unanimous decision to bring the remainder of Ethiopian Jewry to Israel, numbering approximately 8,000 individuals.  Today’s decision leaves 7,000 individuals behind and is a harsh deviant from the commitment that the prime minister is yet to fulfill.  Ethiopian-Israelis who have siblings and children still waiting to immigrate in Ethiopia, responded to this decision with much sorrow, upon understanding that another year would go by separated from their families,” Alisa Bodner, spokesperson of the Struggle for Ethiopian Aliyah, said in a statement. “The government’s foot-dragging of this issue year after year, has caused intense suffering for families who have been separated from one another, in some cases for over 20 years.”