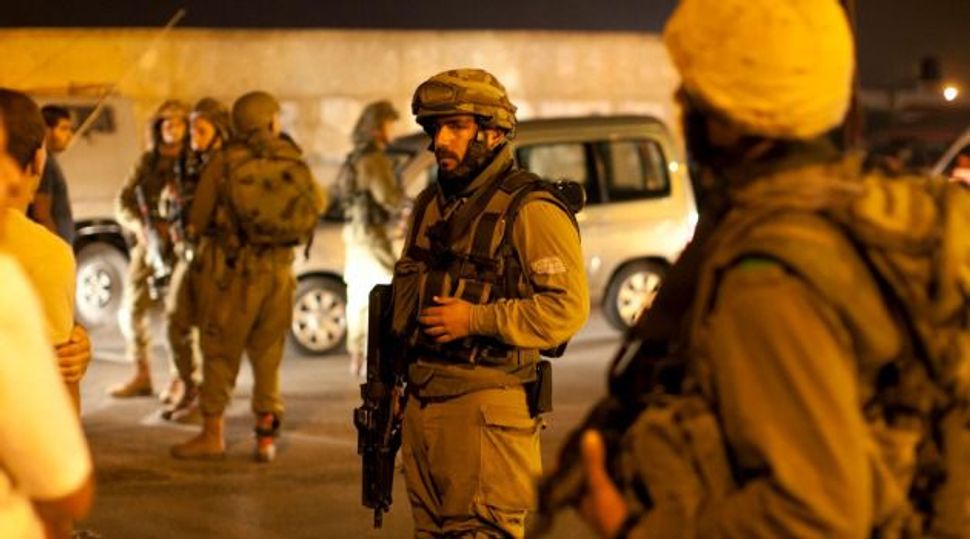 JERUSALEM (JTA) — An Israeli soldier was stabbed by a Palestinian assailant near the Tomb of the Patriarchs in Hebron.

The soldier was lightly injured in the Monday morning attack.

“After being stabbed, the soldier, along with other troops nearby, shot and neutralized the terrorist, preventing him from stabbing anyone else,” the IDF said.

The assailant was identified by the Palestinian Maan news agency as Muhammad Maamar al-Atrash. Maan reported that he was killed by Israeli forces.

A photo accompanying the Maan article showed the assailant’s body covered with a black bag. Haaretz reported that he is a 42-year-old father of 7.