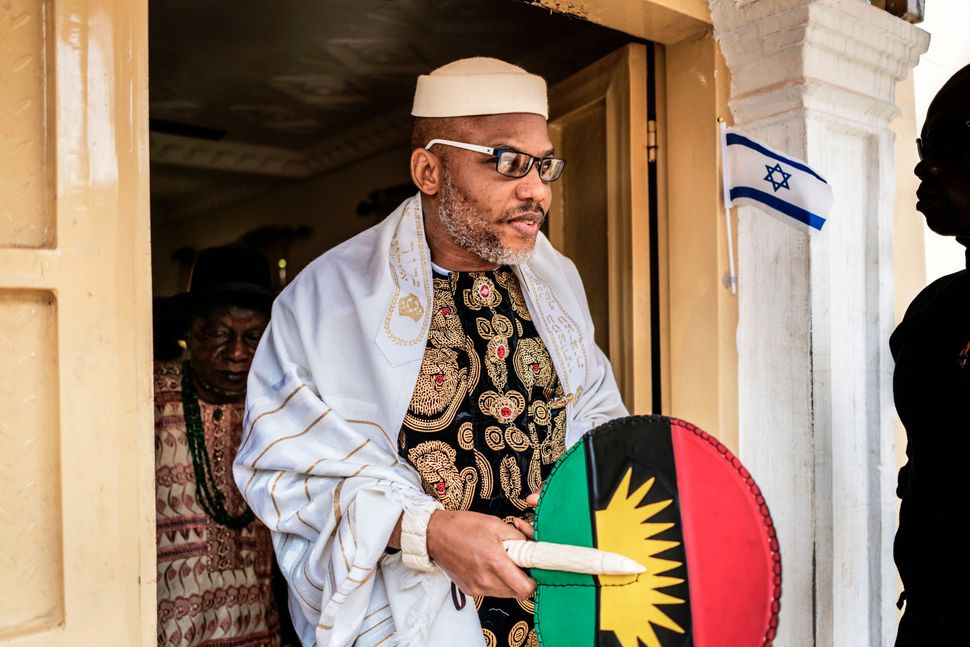 JERUSALEM (JTA) — Nigerian separatist leader Nnamdi Kanu announced that he is in Israel a year after he disappeared from his home in southeast Nigeria.

Kanu has been campaigning for an independent state called Biafra in south-eastern Nigeria.

A video live-streamed on Friday on social media showed him praying at the Western Wall in Jerusalem, wearing a kipa and tallit.

Kanu claims the Igbo people, who are the majority in southeast Nigeria, are a lost tribe of Israel and that he will lead them to the promised land of Biafra.

In a broadcast Sunday on his pirate radio station, Radio Biafra, Kanu announced “I’m in Israel.”

“I owe my survival to the State of Israel,” he said, noting that he received help from Israel’s Mossad, though he did not indicate what kind of assistance he may have received from Israeli authorities.

In 2015, Kanu was charged with “criminal conspiracy, intimidation and membership of an illegal organization,” which are charges that could amount to treason, according to the BBC. He was released on bail last year after spending more than 19 months without trial on treason charges.

Nigerian troops raided his home city of Umuahia in Abia state, southeast Nigeria, in September 2017, after which he went missing until Friday, including failing to show up at his scheduled trial.

In his broadcast on Sunday, Kanu called on his followers to boycott elections next year in Nigeria unless there is a referendum for a state of Biafra in the country’s southeast on the ballot. He said he would not return to Nigeria for his trial, the Daily Post of Nigeria reported.