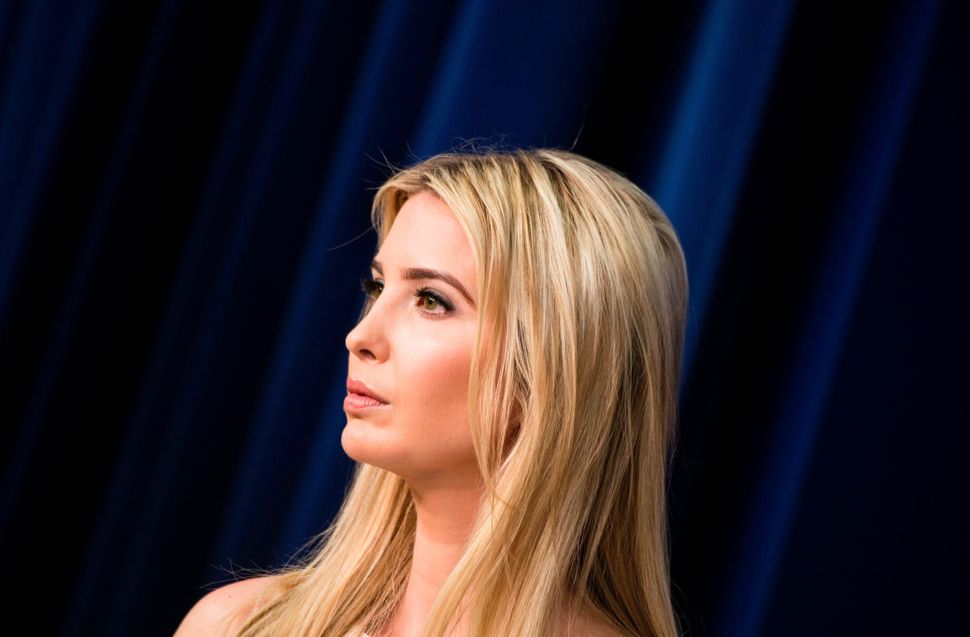 (JTA) — In the aftermath of the horrific shooting at a Pittsburgh synagogue that left 11 dead, prominent Jews on Twitter are speaking out about their identity and sharing messages of solidarity.

Ivanka Trump, who is Jewish, said she stands with the Jewish people and called the gunman, identified as 46-year-old Robert Bowers, a “depraved bigot” and anti-Semite.

America is stronger than the acts of a depraved bigot and anti-semite.

All good Americans stand with the Jewish people to oppose acts of terror & share the horror, disgust & outrage over the massacre in Pittsburgh.
We must unite against hatred & evil.

The CEO of the Anti Defamation League, Jonathan Greenblatt, shared words of devastation:

We are devastated. Jews targeted on Shabbat morning at synagogue, a holy place of worship, is unconscionable. Our hearts break for the victims, their families, and the entire Jewish community.

Bari Weiss, the New York Times opinion writer, shared that she was bat mitzvahed at the synagogue, and that people were checking in with her.

There is an active shooter at Tree of Life in Pittsburgh. Major Conservative synagogue in Squirrel Hill where I was bat mitzvahed. Saturday morning services is the most crowded time of the week. https://t.co/xRSvVxkWtF

I’m used to calling Israel to see if everything is ok. Very strange to get those calls in the other direction. Thank God, my family is safe. But the Pittsburgh Jewish community is like a shtetl–this is what makes it so special. We all know one another and feel like family.

Actor Josh Gad, known for roles in “Frozen” and “The Book of Mormon,” shared how he also belonged to the synagogue.

I went to school in Pitt. I attended services at this Temple. I don’t know what to say anymore or how to say it. Words have clearly lost all meaning because we are doing NOTHING to stop incocent masses of people in schools, Churches and now Temples from being killed in droves https://t.co/Lerc7kg10w

Howard Fineman, the editorial director of the AOL Huffington Post Media Group, also shared how the Tree of Life synagogue was at the center of his Jewish upbringing.

My God #TreeofLife synagogue in #Pittsburgh is the loving, dignified place where my sister and I attended, and our parents taught, Sunday school; where I was bar mitzah; where my sister wore to class a velvet jumper my mother made; the deep Jewish roots of my own tree of life.

Emily Nussbaum, a New Yorker writer, shared how close to home the shooting hit for her, as her family was at services.

My husband and kids are at shul, I had to stay home on a work deadline, this news from Pittsburgh comes through. What an awful day. My heart goes out to everyone at Tree of Life.

The U.S. Ambassador to Israel David Friedman shared a statement:

Today the residents of Pittsburgh’s Squirrel Hill community are in mourning in the aftermath of a terrorist shooting attack shattering Tree of Life synagogue’s Shabbat services. We are heartbroken and pray for the victims and their families, including the brave police.

Jake Tapper, the Jewish CNN anchor, pointed out a misconception about Conservative synagogues.

PSA: A synagogue being “conservative” is not a statement about the political beliefs of its members. Conservatism is a denomination within Judaism akin to Reform, Orthodox, Reconstructionist. It has Zero to do with how one feels about the GOP or Trump or whatever.

New York Times writer Dave Itzkoff commented on President Trump’s statement that the synagogue should have had more armed guards during the bris ceremony that was happening at the time of the shooting.

Harry Enten, a former 538 writer who’s now an analyst for CNN, shared a powerful quote from Daniel Pearl, the Jewish journalist murdered in Pakistan in 2002.

Adam Eli, a Jewish community organizer and LGBTQ activist, shared a message of unity told his followers to check in on their Jewish friends.

“All Jews are responsible for each other – כל ישראל ערבים זה לזה” To the Jewish people now is time for UNITY. Let us put aside any differences and gather tonight together. #Pittsburgh

Text your Jewish friends and tell them you love them. But actually call or text them and RT this pic.twitter.com/qP4G3oynQP